Global nuclear output expected to drop due to COVID-19 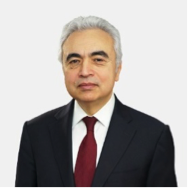 Nuclear energy demand and output could be reduced by 2.5 percent this year compared with 2019, according to the report Global Energy Review 2020 from the International Energy Agency (IEA). The report states that global nuclear power generation fell by about 3 percent in the first quarter of 2020 compared with the same period in 2019, adding that the decline was due to lower electricity demand as well as delays for planned maintenance and construction of several projects.

The big picture: Global Energy Review 2020, issued April 30 by the IEA, provides an almost real-time view of the COVID-19 pandemic’s extraordinary impact across all major fuels. Based on an analysis of more than 100 days of real data so far this year, the IEA report projects that energy demand will fall 6 percent in 2020—seven times the decline of 2008 after the global financial crisis that year. The decline in nuclear would be the largest such drop not associated with a natural disaster—and 40 percent as large as the reduction in 2011 following the accident at Fukushima Daiichi.

What they found: Nuclear power has not been immune to the impacts of the COVID‑19 crisis, although in most cases reactors have continued to produce electricity. The report’s authors said the 2.5 percent decline would lessen if recovery from the crisis is faster than expected, which would lead to higher electricity demand and the completion of some new reactors in 2020. That scenario would lead to an overall reduction of just more than 1 percent this year.

Zooming in: The European Union had the largest reduction in the first quarter of 2020. Lower demand led to nuclear output reductions in several countries, most notably France, where nuclear power generation was down by 11 TWh, or 10 percent. Beyond adjustments to planned maintenance, several additional reactors were taken offline as demand fell. Closures of nuclear power plants also led to reductions. In Germany, output fell by 3 TWh, or 17 percent, amid the country’s plans to phase out nuclear by the end of 2022. In the United States, nuclear output was down 4 TWh, or 2 percent, with part of the lowered demand attributed to mild weather.

China was one of the few regions with nuclear power growth, with a 1 percent increase in output between the first quarters of 2019 and 2020. A pair of large nuclear reactors came online in China in June 2019, which more than compensated for the impact of overall depressed electricity demand.

What they’re saying: “This is a historic shock to the entire energy world,” IEA Executive Director Fatih Birol said. “Amid today’s unparalleled health and economic crises, the plunge in demand for nearly all major fuels is staggering. It is still too early to determine the longer-term impacts, but the energy industry that emerges from this crisis will be significantly different from the one that came before.”