You can find a report of the first day of talks, presentations, and hallway conversations at SMRs-Why Not Now? Then When? That first day was focused almost exclusively on the US domestic market-the second day included some talks about US capabilities, but it was mainly focused on information useful to people interested in developing non-US markets.

Before I describe the specifics, I want to take the opportunity to compliment Nuclear Energy Insider for its well-organized meeting. Siobhan O'Meara did an admirable job putting together an informative agenda with capable speakers and keeping the event on schedule. 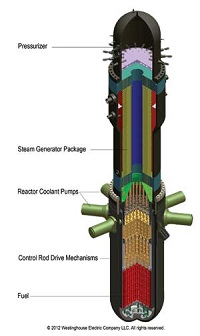 Robin Rickman, director of the SMR Project Office for Westinghouse Electric Company, provided a brief update on his company's SMR effort and the status of its development. He then focused much of his talk on describing the mutual challenges faced by the SMR industry and the incredible array of commercial opportunities that he sees developing if the industry successfully addresses the challenges together.In early February, Danny Roderick, chief executive officer of Westinghouse, announced that his company was shifting engineering and licensing resources away from SMR development toward providing enhanced support for efforts to refine and complete the eight AP1000 construction projects in progress around the world.

Rickman explained this decision and its overall impact on SMR development. He told us that Westinghouse remains committed to the SMR industry and to resolving the mutual challenges that currently inhibit SMR development. His project office has retained a core group of licensing experts and design engineers and is fully supporting all industry efforts. The SMR design is at a stage of completion that enables the company to continue to engage with both customers and regulators based on a mature conceptual design.

The company, however, does not want to get ahead of potential customers and invest hundreds of millions of dollars into completing a design certification if there are no committed customers. Rickman didn't say it, but Westinghouse has a corporate memory from the AP600 project of completing the process of getting a design certification in January 1999 without ever building a single unit. It's not an experience that they have any desire to repeat.

Westinghouse determined that its resources could be best invested in making sure that the AP1000 is successful and enables others to succeed in attracting financing and additional interest in nuclear energy.

For SMRs, Westinghouse has a business model that indicates a need for a minimum order book of 30-50 units before it would make financial sense to invest in the detailed design and the modular manufacturing infrastructure required to build a competitive product. Rickman emphasized that all of the plant modules must be assembled in a factory and delivered to the site ready to be joined together in order to achieve the capital cost and delivery schedule needed to make SMRs competitive.

That model requires a substantial investment in the factories that will produce the components and the various modules that make up the completed plant. He told us that the state of Missouri is already investing in creating such an infrastructure with the support of all of its major universities, every electricity supplier, a large contingent of qualified manufacturing enterprises, both political parties, and the governor's office.

He told the audience that Missouri's efforts are not limited to supporting a single reactor vendor; it is building an infrastructure that will be able to support all of the proposed light water reactor designs including NuScale, mPower, and Holtec.

Rickman included a heartfelt plea for everyone to recognize the importance of creating a new clean energy alternative in a world where billions of people do not have access to light at the flip of a switch or clean water by opening a simple tap.

In what was a surprise to most attendees, the FBI had a table in the expo hall and gave a talk about its interest in the safety and security of nuclear materials. I will reveal my own skepticism about the notion that nuclear power plants are especially vulnerable or attractive targets for people with nefarious intent. It is hard to imagine anyone making off with nuclear fuel assemblies or being able to do anything especially dangerous with them in the highly unlikely event that they did manage to figure out how to get them out of a facility.

Bryan Hernadez, a refreshingly young engineer, gave an excellent presentation about the super heavy forging capabilities available in the United States at Lehigh Heavy Forge in Bethlehem, Pa. That facility is a legacy of what formerly was the Bethlehem Steel Corporation's massive integrated steel mill. It has the capacity to forge essentially every component that would be required to produce any of the proposed light water SMR designs.

The presentation included a number of photos that must have warmed the heart of anyone in the audience who likes learning about massive equipment designed to produce high quality goods with tight tolerances that weigh several hundred tons.

In a presentation that would have pleased several of my former bosses, Dr. Ben Amaba, a worldwide sales executive from IBM, talked about the importance of approaching complex designs with a system engineering approach and modern information tools capable of managing interrelated requirements. That is especially important in a highly regulated environment with a globally integrated supply chain.

Jonathan Hinze, senior vice president of Ux Consulting, provided an overview of both national and international markets and described those places that his company believes have the most pressing interest in machines with the characteristics being designed into SMRs.

He reminded the audience that US suppliers are not the only players in the market and that they are not even the current market leaders. He noted the fact that Russia is installing two KLT-40 power plants (light water reactors derived from established icebreaker power plants) onto a barge and that those reactors should be operating in a couple of years. He pointed to the Chinese HTR-PM, which is a power plant with two helium-cooled pebble bed reactors producing 250 MW of thermal power producing steam and feeding a common 210-MWe steam turbine power plant. He also mentioned that Argentina had recently announced that it had broken ground on a 25-MWe CAREM light water reactor.

Douglass Miller, acting director of New Major Facilities Division of the Canadian Nuclear Safety Commission, described his organization's performance-based approach to nuclear plant licensing. He noted that the commission does not have a design certification process and that each project needs to develop its safety case individually to present to the regulator. It appears that the process is not as prescribed or as time-consuming as the existing process in the United States.

Tony Irwin, technical director for SMR Nuclear Technology Pty Ltd, told us that Australia is moving ever closer to accepting the idea that nuclear energy could play a role in its energy supply system. Currently, the only reactor operating in Australia is a research and isotope production reactor built by INVAP of Argentina. He described the large power requirements for mining operations in places not served by the grid and the fact that his country has widely distributed settlements that are not well-integrated in a large power grid. He believes that SMRs are well suited to meeting Australia's needs.

Unfortunately, I had to get on the road to avoid traffic and get home at a reasonable hour, so I missed the last two presentations of the day. I probably should have stayed to hear about the cost benefits of advanced, non-light water reactors and about Sweden's efforts to develop a 3-MWe lead-cooled fast reactor for deployment to Canadian arctic communities.

As I was finalizing this post, I noted that Marv Fertel has just published a guest post at NEI Nuclear Notes titled Why DOE Should Back SMR Development. I recommend that anyone interested in SMRs go and read Fertel's thoughts on the important role that SMRs can play in meeting future energy needs. This week’s #ThrowbackThursday post features the special report published by Nuclear News in April 1979—one month after the accident at the Three Mile Island nuclear power plant. Titled...

Nuclear power from small modular reactors should be a central part of the chemical industry’s drive toward achieving carbon neutrality, according to Jim Fitterling, chairman and chief...