Readers of the ANS Nuclear Cafe blog will have seen, from time to time, the work of Lenka Kollar, educating and informing about a wide variety of nuclear issues.  Kollar, formerly of Argonne National Laboratory, has made the bold decision to make her own way as a nuclear advocate and consultant. We had a chance to catch up with Ms. Kollar during the 2013 American Nuclear Society Winter Meeting in Washington, D.C. and ask her a few questions about her just-launched and exciting new initiative Nuclear Undone.

ANS:  When and how did you get the idea to start Nuclear Undone?

Kollar:  "I actually came up with the idea about two years ago; I purchased the domain name in 2011 but didn't do anything with it for a while.  I recognized that there were problems with communication in the nuclear industry, and I was interested in outreach.  I decided to add to my scientific degree with a business degree, and began investigating jobs... when I didn't find one I liked, I essentially invented it."

ANS:  You essentially created your own space, first on the net.

Kollar: " ....My health blog got very popular, fairly quickly with very little effort, and that showed that I could do this... and I have the entrepreneurial spirit because my parents immigrated here at the time I was born, and they're entrepreneurs; I always thought I'd like to try that sort of thing, but it happened a little earlier in life than I'd expected!"

ANS:  Tell us about the choice of the name "Nuclear Undone."

Kollar:  "I want to undo the present thinking about nuclear.  Many people in the world think they know about nuclear but either don't know or are badly misinformed.  I want to help them open their minds."

ANS:  How would you describe Nuclear Undone?  The site describes it as a 'grass roots effort,' so will it eventually have speakers and papers?  How will the operation look?

Kollar:  "The operation is actually an LLC; I'm the owner, and editor (of web content).  I want to provide good, general articles about a range of nuclear-related issues for everyone.  I'm assembling a young panel - some students, some professionals in the business - to help.  Eventually I'll be established personally as a consultant for policy research; my specialty is nonproliferation policy and spent nuclear fuel policy."  (Kollar told us that a separate outreach effort, perhaps in ways divided but under the same roof, will come later on.)

ANS:  What do you think of the competitive environment in which you operate?  There are other efforts out there, after all.

Kollar:  "True, but most of them aren't full-time bloggers; they have jobs, and some are limited by those.  I want to make sure my communications are simple, visually pleasing, easy to understand for all."

(Kollar also informs us, after inquiry, that the modern, organic looking logo found on the website is her own work.)

ANS:  Do you believe that nuclear is part of a rational "all of the above" approach to generation?

Kollar:  "Yes, very strongly.  We'll need a different mix in different regions; the southeast is better for nuclear, clearly, but it can have a role everywhere.  We have to take resources and public perception into account as well.  It'll continue to be a strong part of our base load generating mix."

ANS:  You mentioned your specialty is nonproliferation policy; will Nuclear Undone incorporate a non-pro education component?

ANS:  So your general areas of focus might be...

Kollar:  "Well, in addition to nonproliferation, I'd say nuclear waste, radiation, and security."

ANS:  We noticed that your site carries the statement that it's not... a mouthpiece for the 'nuclear industry' per se.

Kollar:  "That really just means that it's not a site for passing on fixed talking points for the industry.  The writing is all my own - or later, as other team members contribute, will be edited by me - so that it's clear and accessible."

ANS:  Tell us about the team you've assembled.  Did you select them after launch, or did the group exist among acquaintances and friends and you banded it together?

Kollar:  "Kind of both.  There had been talk for some time about a peer advocacy group, but nothing really happened.  Until now, that is.  I want engaging people who are passionate about nuclear issues and about communications."

We wish Lenka all the best of luck as she continues with the launch of Nuclear Undone.  There can never be enough people engaging the public about the realities of nuclear issues and nuclear policies; the outcome of any such effort can only be positive.

(Interview and article by Will Davis for the ANS Nuclear Cafe) 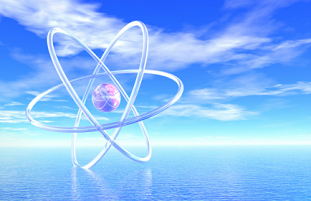 For more than 50 years, the ANS Honors and Awards Program has recognized outstanding achievements and meritorious service in the various fields served by our Society.The recipients of the...

George P. Shultz, a former U.S. secretary of state who played a central role in helping bring the Cold War to an end, died Saturday at 100, the Hoover Institution at Stanford University...

The third part of the“Advanced Nuclear Reactors and Power Systems” sessions during the 2020 ANS Virtual Winter Meeting featured an examination of the status of various advanced reactors....

ANS President Mary Lou Dunzik-Gougar took to the video screen on November 18 during the 2020 ANS Virtual Winter Meeting for the President’s Special Session on radiation risk, echoing a...

The session titled “Energy Storage Integration with Nuclear Power Plants,” held on November 17 during the 2020 ANS Virtual Winter Meeting, was sponsored by the Operations and Power...

The Fusion Enterprise-I and -II sessions, held on November 18 as part of the TOFE 2020 embedded topical meeting at the 2020 ANS Virtual Winter Meeting, were chaired by Ales Necas, principal...

The November 17 session titled “Preview of NPIC&HMIT 2021” was sponsored by the Human Factors, Instrumentation and Controls Division. The session was chaired by Pradeep Ramuhalli, of...