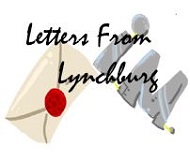 On Sunday, March 31, 2013, just a few months before his 91st birthday, Ted Rockwell passed away quietly in his sleep. His passing has stimulated a profound sense of loss among nuclear energy professionals.

For many of us, Ted was a visible and active reminder that our technology, as established as it might seem to some people, is younger than the duration of a single human life. Ted may not have been around when people first realized that uranium nuclei had the potential to provide a reliable, energy dense source of heat, but he was actively involved in the process of taming the "new fire" known as atomic fission and bringing it indoors to begin to serve some of mankind's growing energy needs.

When Ted started his professional career, Enrico Fermi and his team had not yet assembled Critical Pile #1, the simple construction of graphite bricks and uranium metal that conclusively demonstrated that a fission chain reaction could be established and controlled. Ted became a nuclear energy professional within a few months of that experimental demonstration, serving during the Manhattan Project as a member of an elite Process Improvement Task Force at the Clinton Engineer Works, the facility that is now known as the Oak Ridge National Laboratory.

Ted's professional accomplishments are legendary; when he met Captain Rickover, he was in charge of the Radiation Shield Engineering Group at Oak Ridge. He then served as Admiral Rickover's technical director during the development and construction of the USS Nautilus, the world's first nuclear powered submarine, and during the development and construction of the Shippingport Atomic Power Station, the first commercial nuclear power plant in the United States. He was involved with the process to produce commercial quantities of zirconium and he was the assigned editor of the Shield Design Manual, a document that remains a basic reference for engineers more than 50 years after its initial publication.

In 1964, he and two of his colleagues from Naval Reactors left that organization to found MPR Associates, an engineering company built on the principles of excellence that they refined while working with Admiral Rickover. They had learned that one man can make a difference and that three men working together could build a formidable team to produce exceptional quality work.

Ted was the author of several books including The Rickover Effect: How One Man Made a Difference, and Creating the New World: Stories & Images from the Dawn of the Atomic Age, that should be a part of any collection on nuclear energy technology and history.

Though Ted stopped working full time at MPR several decades ago, he never got around to retiring. He was still actively writing and mentoring other nuclear energy professionals until the very end. He focused on several important nuclear energy topics including the health effects of low level radiation, using realistic assumptions to compute accident effects, the importance of agreeing on facts in order to achieve useful decisions, learning lessons from history and natural experiments, using nuclear energy to propel commercial ships, and the importance of sharing knowledge widely with as many different people as possible.

I had the good fortune to meet Ted at an ANS meeting nearly twenty years ago. He was a featured speaker at a session on the health effects of low level radiation organized by Jim Muckerheide in either 1994 or 1995. He has appeared as a guest on several Atomic Show podcasts and has provided a dozen or more guest posts on Atomic Insights. He was always generous with his time, his knowledge, and his vast experience.

Based on email correspondence with other nuclear energy professionals, my experience of Ted's generosity was in no way unique; he was a mentor and an inspiration to dozens of others.

One of Ted's many recent projects was serving as the technical editor for a not-yet-completed documentary about Admiral Rickover being produced by Michael Pack. His tireless efforts to share accurate information about nuclear energy technology are a good example for many people in the nuclear energy profession who are normally shy and retiring.

I think it is safe to say that the best tribute we can provide in memory of Theodore Rockwell is to continue his efforts against the spread of false information about radiation and nuclear energy by those who have been doing so for almost as long as Ted worked to correct that misinformation.

Ted Rockwell - There is nothing in the same class as nuclear