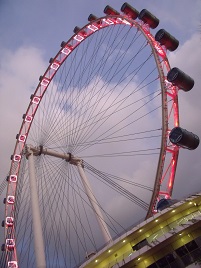 The American Nuclear Society's ANS Nuclear Cafe is proud to host the 149th edition of the Carnival of Nuclear Energy.  Each week, the top English-language nuclear bloggers and authors contribute their best posts to the Carnival, which appears at one of a rotating number of sites.  Reading the Carnival each week is the best way to keep on top of the issues that experts in the nuclear blogosphere believe are most important, and keep up on all types of events and news.  With that, let's get right to it!

At Yes Vermont Yankee, Meredith Angwin describes issues in the Vermont Legislature concerning environmental reviews for wind projects.  In Act 250 and Wind Turbines in Vermont, she notes that putting wind turbines into the same environmental review process as other big projects (such as ski resort expansion) has bi-partisan support in the legislature.

In Comments or Threats: Wind in Vermont, she quotes two letters:

2) a threatening letter published by a wind developer, aimed publicly at the President Pro Tem of the Vermont Senate  ("But if you support this bill... I will help recruit and support opposition to you in the next election, and will put my money where my mouth is.").

The US Department of Energy (DOE) has a $452 million program to share development and licensing costs for selected small modular reactor (SMR) designs.  The DOE's goal is to have an operating SMR by ~2022.

Jim Hopf takes a close look at the current development and licensing status, safety advantages, and economic tradeoffs of small modular reactors. And he explores a very important question: Will the US Nuclear Regulatory Commission allow SMRs to succeed?

{Note:  Last week, ANS posted a tribute to John Landis, long time ANS member and ANS Past President, who recently passed away.  Below, Gail Marcus, also an ANS Past President, shares her perspectives on Dr. Landis, for which we're extremely grateful.}

At Nuke Power Talk, Gail Marcus pays tribute to ANS Past President John Landis, who died March 16 at the age of 95.  John was one of the early pioneers in nuclear power development, having started in the nascent nuclear industry in 1950.  He served as ANS President in 1971-2, and he made lasting contributions to the careers of many people through the John and Muriel Landis Scholarship for disadvantaged students studying nuclear engineering.

Also at Nuke Power Talk, Gail Marcus discusses the sudden resignation of Akira Omoto from the Japan Atomic Energy Commission.  The press has reported that his resignation came shortly after he was called before the Diet (the Japanese Parliament) to discuss his ties with TEPCO.  Gail points out that the press did not report a number of relevant details about his relationship with TEPCO that make the pressure for him to resign seem out of proportion, and speculates on the causes behind the situation.

Leslie Corrice at The Hiroshima Syndrome has a March 19 piece on a temporary loss of power at the Fukushima site in Japan, apparently (now we discover) due to a rat having shorted out contacts inside a metal-clad switchgear cabinet; he also has a follow-up post on March 21st with more detail on how the loss of power dominated the press in Japan.

This week's selected post at Next Big Future is a compilation which illustrates the percentage of total power generation contributed by nuclear in a number of countries around the world.  Many of the numbers might surprise you.

A great deal of attention in the press has been devoted recently to the developing situation concerning reactor restart at San Onofre Nuclear Generating Station.  The latest release from SoCal Ed is at Atomic Power Review, as well as background links for more information.

MOX fuel has been a topic of wide discussion lately, as rumors of sequester cuts triggered a phone conference by Shaw-AREVA MOX Services.  This post at AREVA North America: Next Energy Blog describes the progress being made at the new MOX fuel facility at the Savannah River Site, and points up some important achievements and milestones.

Although not technically a blog, a new article on why people fear 'all things nuclear' is submitted this week by Jim Conca.  This provocative piece asks us if we really know why we're afraid, and points us toward answers and potential solutions.

NEXT WEEK, the Carnival will be at Atomic Power Review.  Bookmark ANS Nuclear Cafe, and all the other Carnival sites, and check back often to keep up on the latest.