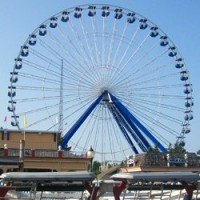 Sunday, October 21, 2012 finds the 127th edition of the Carnival of Nuclear Bloggers hosted again here at the American Nuclear Society's ANS Nuclear Cafe blog.  The Carnival is a rotating weekly feature among the pro-nuclear blogs and presents the best and most important posts of the week.

1.  The Hiroshima Syndrome:  No "Melt-throughs" at Fukushima Daiichi? - a Detailed Explanation  (October 17 commentary).     Objections to Friday's claim of no "melt-through" of the unit #1 RPV at F. Daiichi are addressed. If the melted fuel material (corium) did burn through the RPV bottom head, the data from inside the primary containment would be very, very different. This detailed explication demonstrates why there has probably been no melt-through with Fukushima Daiichi unit #1 RPV.

2. Canadian Energy Issues:  "North America's biggest nuclear plant just got bigger: good news for the planet."    The Bruce nuclear station on Lake Huron will soon have an additional 750 megawatts of operating capacity, bringing the station total to 6,300 megawatts. Steve Aplin of Canadian Energy Issues points out that this is the result of a magnificent technological effort by a crack team of refurbishment professionals, who performed thousands of complex duties, day in and day out, while under intense public scrutiny. Thanks to this successful effort, Ontario can look forward to decades of clean, cheap, reliable electricity. 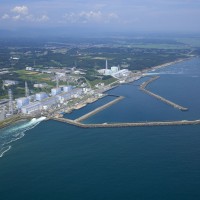 4.  Atomic Insights:  Radiation probes indicate NO melt through at Fukushima Daiichi Unit 1    Tepco has recently released measurements that provide convincing evidence that virtually all of the corium in Fukushima Daiichi unit #1 remains safely stored inside an intact reactor pressure vessel. Despite all claims to the contrary, no substantial quantities of that material have melted through the pressure vessel to fall onto the concrete floor of the surrounding containment structure.   (Illustration of Fukushima Daiichi nuclear generating station prior to March 2011 courtesy TEPCO.)

5. ANS Nuclear Cafe:  A Salute to Medical Ionizing Radiation During Breast Cancer Awareness Month.    October is Breast Cancer Awareness Month.  ANS Nuclear Cafe guest contributor Dr. Bryan Bednarz, cancer researcher in the Departments of Medical Physics and Human Oncology at the University of Wisconsin School of Medicine and Public Health, on new scientific achievements in screening and therapy that are paving the way for a cure for breast cancer -- largely due to advances in harnessing the beneficial power of ionizing radiation in medicine.

8. Next Big Future:  Ningde reactor in China being loaded with fuel now.

10. Yes Vermont Yankee: The Latest Law Suit: Is It a Constitutional Case in Vermont?    Back in Vermont, Meredith Angwin writes that the legislature passed a seven million dollar tax that applied to only one business in Vermont-- Vermont Yankee.  Lawsuits will decide if the tax will remain in place.  It would be bad for businesses throughout the country if such a tax stands up in court.

11. Atomic Power Review:  INL Press Release and Video.  Will Davis uses this week's Carnival slot to spread the word about an excellent INL video describing waste remediation processes and methods which will interest anyone inside or outside the industry. 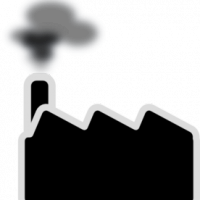 12. Nuke Power Talk: The Real Waste Problem.     Gail Marcus points out that it is not only nuclear power that generates waste.  Every energy source has some waste streams.  While much has been said of waste from burning coal, few people seem to be aware of the large volumes of poisonous chemical wastes from solar power plants, or the substantial energy requirements to recycle those wastes.

13. The Neutron Economy: "Does nuclear lack a natural constituency?"    During the last presidential debate, both President Obama and Governor Romney were practically falling over themselves to highlight their support of both fossil and renewable energy sources - yet nuclear received scarce mention, being practically orphaned from the debate. Is the problem nuclear's lack of a natural constituency like those held by fossil and renewable sources?

That's it for this week's Carnival entries.  Thanks to all of our contributors - and to all of our readers, remember to spread the word about the Carnival of Nuclear Bloggers via Facebook and Twitter.