-Seed and Blanket core concept: This idea sprang from Bettis and/or Admiral Rickover for the CVR project and follow-ons, in order to hold cost of larger reactors down by using U-238 as blanket element fuel. Only submarine cores, it was thought, would use a (very expensive) full core of highly-enriched uranium in order to hold sub reactor size and weight down. The core at Shippingport (Core I) did in fact display some anomalies related to this unusual design, among which were xenon oscillations corner to corner in the seed elements (both opposite and adjacent.) These oscillations, however, were not finally deemed to be dangerous if the core was carefully monitored and controlled. (The core was exceedingly heavily instrumented.)

-Fuel fabrication: In this film you’ll actually get to see sintered pellet fabrication as well as the then-common but now almost gone roll-bonded plate fuel fabrication.

-Canned rotor pumps: Some aspects of the manufacture of sealed or “canned” rotor pumps are shown in this film, and are rarely seen.

-External steam drum steam generators: Multiple early plants used these; vertical U-tube steam generators were yet to appear. The straight tube units are shown being fabricated by Foster-Wheeler, and the U-shaped style are shown during construction at Babcock & Wilcox.

-Fabrication of the reactor vessel at Combustion Engineering. Make sure to take note of the inlet pipes in the lower vessel head – a practice quickly abandoned in reactor vessel design when it was realized that it was possible for an unisolable leak to, potentially, drain the core.

One further aspect must be mentioned here, and that ‘s the fact that the film somewhat glosses over actual developments at about time stamp 3:10 to 3:15. Some clarification is needed. At the same time as the Atomic Energy Commission was denied funding to construct, or have constructed, a civilian commercial power reactor, Admiral Rickover’s request to fund development of the CVR project (C = aircraft carrier, V = heavier-than-air aircraft, R = reactor) was also denied. Both programs realized that not only would momentum be lost but that talent and experience might be dispersed to the winds if the projects were forced to stall for any length of time. A classic compromise was reached wherein the AEC would sponsor construction of essentially a modified NSSS with the CVR reactor core intact, to be installed in a commercial power station site selected by bidding. The winning bidder would fund construction of the associated steam plant. In this way, borne of need and compromise, the first full scale atomic power station was born. 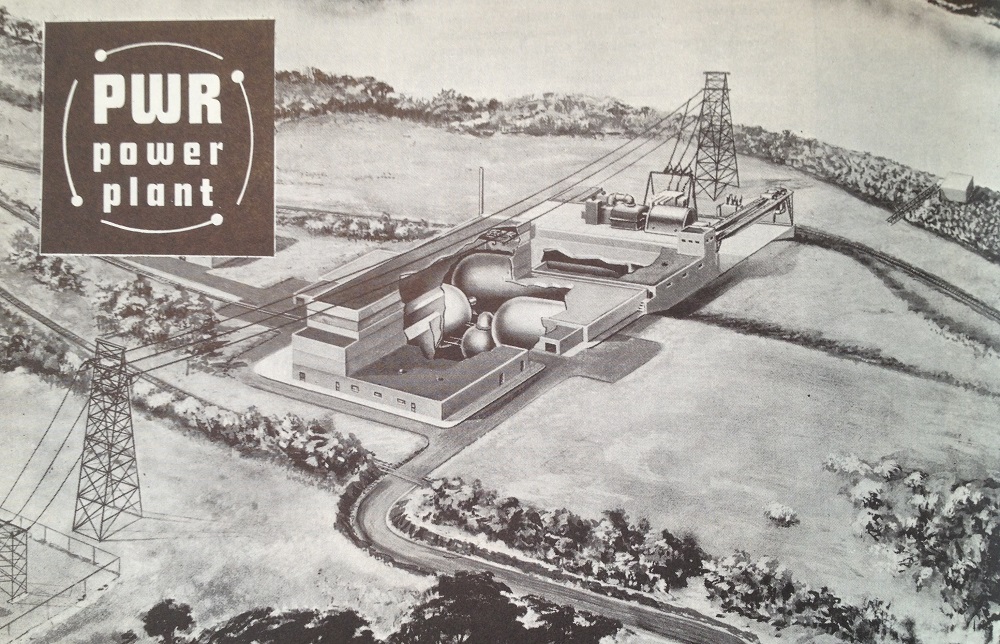 Two artists’ concepts of the Shippingport Atomic Power Station above show how the design evolved from the earliest stage (upper) with a linear plant arrangement to the layout actually constructed. This plant was completely unique among US commercial plants in the construction of the multi-chambered, below-grade containment. 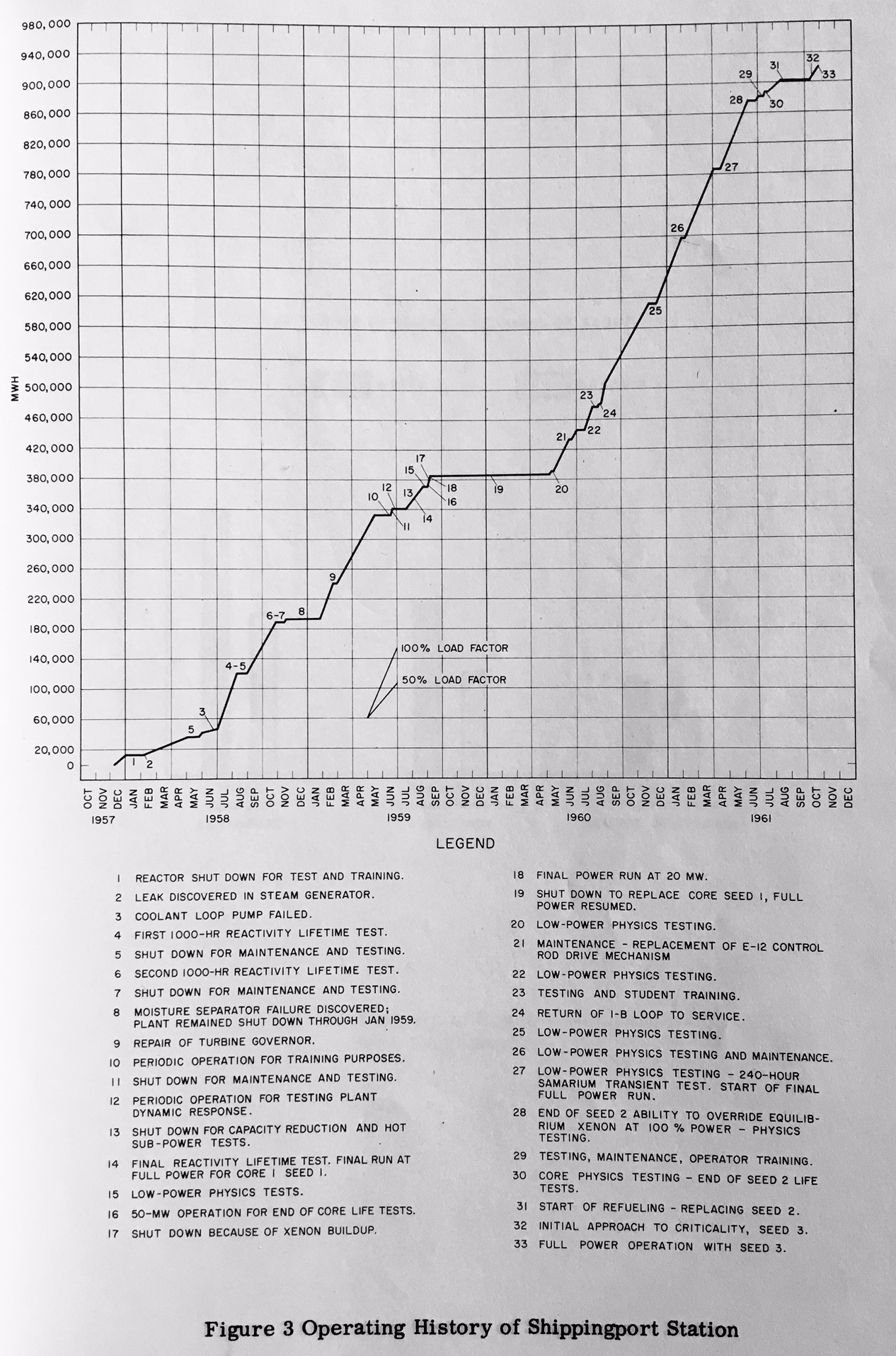 Click the above image to enlarge and read along with the experiences of the first couple of years of operation at Shippingport. There were indeed some growing pains, but the plant was considered to be extremely successful nevertheless. It always helps to have a complete spare loop (Shippingport was designed to be able to operate at full rated power, that is of the first core, on three loops.)

Will Davis has been a member of the Board of Directors for the N/S Savannah Association, Inc. He has been a contributing author for Fuel Cycle Week, and wrote his own popular blog Atomic Power Review. Davis is also a consultant and writer for the American Nuclear Society, and serves as Vice Chair of ANS’ Book Publishing Committee. He is a former U.S. Navy reactor operator and served on SSBN-641, USS Simon Bolivar. His popular Twitter account, @atomicnews is mostly devoted to nuclear energy. He likes to collect typewriters and early pocket calculators, which are piling up.

Jimmy Carter is trending on Twitter this week because of his ties to nuclear power. Carter, the 39th president of the United States, was a member of Rickover’s nuclear navy about 70 years...

The Department of Energy’s Naval Reactors Division is seeking applicants for its Rickover Fellowship Program in Nuclear Engineering for 2022-2023. The deadline for application submissions is...

We owe a debt of gratitude to Dennis Wilkinson, born 102 years ago today. Dennis did so much for the nuclear power industry—both in the Navy and in the commercial sector. When people first...