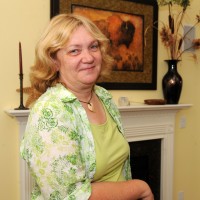 American Nuclear Society member Margaret Harding won the ANS Special Award for excellence in media and communications for her work following the earthquake and tsunami in Fukushima, Japan, on March 11, 2011.

ANS President Eric Loewen will present Harding with the award during the opening session of the ANS Annual Conference "Nuclear Science and Technology: Managing the Global Impact of Economic and Natural Events," being held June 24-28 in Chicago, Ill.

In making the announcement, Loewen said, "This award symbolizes Margaret's dedication, both behind and in front of the television cameras, to combating FUD-Fear, Uncertainty, and Doubt. We in the nuclear science community all thank her for her leadership and for shining the light of science during the dark days of misinformation following Fukushima."

Harding has 30 years of experience in the nuclear industry. She spent many of those years at GE Nuclear Energy, departing as vice president-Engineering Quality. She is now president of 4 Factor Consulting, LLC, where she advises clients on nuclear quality assurance, regulatory processes, and technical consulting for nuclear technology issues.

When asked about the award, ANS Public Information Committee Chair Dave Pointer said, "Margaret's efforts were decisive in dispelling myths about nuclear science and technology for the media, decision makers, and the general public."

"She responded to over 400 media inquiries to help members of the media understand reports from the field in Japan and to separate broadcasts based on fact from those echoing unfounded speculation," Pointer added. "Margaret is an incoming member of the ANS Public Information Committee, and, as chair, I am delighted to welcome someone with her dedication and expertise to join our cause."

An interview with Margaret Harding

ANS Nuclear Cafe talked with Harding about her award. During the interview, she focused on the intense experience of communicating with the national mainstream media in the middle of a rapidly developing situation on the other side of the world.

Question: What motivated you to get involved in media and communications work following the Fukushima earthquake and tsunami?

Harding: I was frustrated by the hysteria that was hitting the airwaves as facts. The nuclear industry had gone into lockdown. Few knowledgeable people were in a position to talk facts. I had said for many years that "somebody should do something" about communicating nuclear to the masses. I had to put my money where my mouth had been.

At first, I was willing to talk to print reporters, or do background, but wasn't comfortable with going on air because I hate cameras. I also knew that live interviews could be disastrous. I can be somewhat "colorful" and was worried that I would blow it on air.

The ANS Social Media Listserv and Fritz Schneider, from Clark Communications, kept telling me I would be great, that I was expressive, passionate, and knew my stuff.

I was still afraid of getting caught in an interview not knowing the answer to a question. Fritz kept telling me that I knew more than 99 percent of the audience and 100 percent of the reporters. Finally, I realized that too many interviews were being done by people with a FUD agenda. I had to step out on air.

Question: How did you translate the most difficult technical issues into plain English?

Harding: Most important was avoiding industry jargon and acronyms and translating those that were in press releases from Tokyo Electric Power Company (TEPCO), Japan's Nuclear and Industrial Safety Agency, and the International Atomic Energy Agency. Also important was relating complex concepts to everyday equivalents, like the coast down of heat from an electric range to decay heat. Teapots and pressure cookers are objects that people understand and can reflect the problems on a smaller scale.

Question: How did the mainstream media receive your efforts?

Harding: Most of the time, reporters reached out to me. If they came to me, they were looking for someone who could provide some specific expertise. Usually, they also wanted someone besides Greenpeace or the Union of Concerned Scientists who had some legitimate expertise.

With my years of experience, most of which is specific to boiling water reactors (BWRs), and having independence from any large nuclear vendor or utility, I had some credibility. It helped to start out being quoted in the New York Times as an expert on BWRs.

I also maintained a sense of humor about the whole media frenzy. That made me more human to the producers who control the interviews with the reporters. More than one of the producers really appreciated my patience with some of the oddities of remote interviews.

A few times, Clark Communications asked me to reach out to reporters who seemed to be overly influenced by antinuclear folks with a FUD agenda. Those conversations tended to be more difficult.

Question: If you could identify the one or two most significant interviews you did for the media, which ones would they be?

Harding: Most likely the most important talks were with Robert Bazell, the chief science and health correspondent for NBC News. He wanted facts and interpretation of the press conferences and rumors that he was hearing. Having him listen to me and then provide rational reporting on NBC and MSNBC was huge.

More than once, he pulled me up short and said, Don't speculate. I need you to interpret the facts for me. We want to stick with the truth. I'll let you know when I need speculation."

Also, there were a series of interviews, starting with the Washington Post, about the workers on site from TEPCO. I had a friend who knew many people at TEPCO, and he had passed me messages talking about how many of the workers knew that their families were washed away, or didn't know where their families were, but they stayed on that site because they knew how important their work was.

I wanted the world to know that these men and women were heroes and to be respected for their bravery, and that every nuclear worker in the United States would go in heartbeat to help out, if they could. I repeated that message to a number of other reporters and ultimately got it into the Discovery Channel special.

I compared these workers to the firemen in New York who went into the World Trade Center on 9/11. Helping to change the image of nuclear workers from Homer Simpson to caring professionals is a proud moment for me.

Question: Were you able to rely on other ANS members for help on technical issues that were outside your experience?

Harding: Absolutely! Many people on the listserv have far more knowledge of emergency procedures than I do. And they were more knowledgeable about some of the key issues from Three Mile Island regarding hydrogen.

I could take that information and talk to reporters and help them understand the real risks and what was happening on the Fukushima site. In addition, Fritz and Jackie at Clark Communications would chase down experts in radiation and contamination.

Question: What advice would you give to other nuclear engineers about talking to the news media in a crisis atmosphere?

Harding: First, don't be afraid to get out there. The reporters will trust you more when they know you won't speculate. Figure out what your message is and where you will get your facts early on.

Start developing contacts with local reporters (TV, newspaper, radio) BEFORE the next emergency happens, and they will come to you first when something does happen. People read local papers and trust them sometimes above national press.

Besides, these local reporters may someday be on a national circuit and YOU will be influencing them instead of people spouting FUD. A powerful presence. If each person who reads this will just reach out to ONE reporter in their community, consider how powerful the message will be.

Harding: There are some acknowledgements I have to make. Any impact I had, any success in changing the conversation, was in no small part because of some incredible help from some dedicated people.

The Social Media network in ANS, championed by Dan Yurman and Laura Scheele, provided expert technical advice, coaching, and moral support during what was a very wild ride.

Clark Communications (and Fritz Schneider in particular), which had been hired by ANS to help with media outreach and to develop a communication plan, jumped into the fray and provided interview coaching, cheerleading, and outstanding media acumen.

Last but not least, my husband, Mark, who answered phones, took messages, coordinated with Fritz, and whatever else I needed. He kept me almost sane.