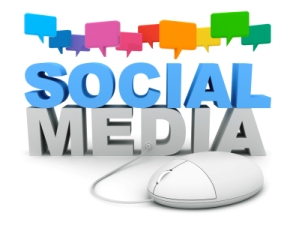 The Carnival of Nuclear Energy Bloggers enters its second century this week.  If you missed it, the 100th Carnival was published last week at Atomic Power Review which is maintained by Will Davis.  It includes messages of congratulations from the American Nuclear Society and the Nuclear Energy Institute. This recognition shows that social media is here to stay as a communication tool in the nuclear energy industry.

What is the Carnival?

The Carnival is the collective voice of blogs with legendary names which emerge each week to tell the story of nuclear energy.

This week's blog post of 4/20 is titled "F. Daiichi unit #2 robot inspection - one answer and two new questions", which argues the F. Daiichi unit#2 hydrogen explosion idea has been all but put to rest.

It asks two overlapping questions about unit #2 cooling. Basically, if there are no perceptible leaks inside the PCV and Drywell, then where is all the water going and how is it getting to the turbine building basement?

The Financial Times recently reported that China is the primary contender for this contract due to its ability to secure financing without requiring guarantees from the Turkish government. Turkish Prime Minister Recep Tayyip Erdogan visited China last week, confirming reports of the deal when Energy Minister Tanir Yildiz held talks with Chinese authorities. At these meetings, Chinese Energy authority Liu Tienan pledged full financial guarantees for the $20 billion project.

This is a review of estimates for a nuclear energy century.  It reports 1000 reactors for 2030 would be the high-2030 scenario from the World Nuclear Association (WNA) - Nuclear Century. The WNA lists nuclear generation targets by country.

Once again it is time to spit on your hands, rub them together, and raise the black flag of contention to respond to deliberate attempts at creating fear, uncertainty, and doubt.

It will take upwards of three decades to decommission Fukushima. There are many engineering challenges ahead.  However, feat mongering is not useful as part of the dialog about the future nuclear energy in Japan or anywhere else.

In California Friends of the Earth is using Gundersen's report to create fear of the SONGS plant by questioning the design basis of the steam generators. That's propaganda. It isn't engineering fact.

Suzy Hobbs Baker introduces the Nuclear Literacy Project, a new website and outreach initiative geared toward reaching young, non-technical audiences with information about nuclear energy.  The new website is just the beginning... which you can check out at http://www.nuclearliteracy.org/  There are many ways to support Nuclear Literacy.

Dan Yurman covers the breaking story of a partnership between Westinghouse and Ameren Missouri to develop and build Small Modular Reactors at Ameren's Callaway site -- and other recent entrants in the race to win $452 million in cost-shared funding from the U.S. Department of Energy for SMR licensing and technical support.

Electric utility executives, public utility commissions and energy industry pundits all seem to agree that the ability to extract useful quantities of gas from deep, tight shale gas reservoirs has opened up a 100 year supply of cheap natural gas. Many have publicly stated that abundant supplies of low-priced gas makes nuclear energy irrelevant and hopelessly uncompetitive.

ExxonMobil, one of the most widely respected multinational petroleum companies in the world is betting in the other direction. They are investing heavily in the capability to produce and distribute natural gas. They are not investing tens to hundreds of billions of dollars in natural gas related capital assets because they think gas will remain cheap.

Will Davis at Atomic Power Review continues on his mission to give nuclear energy its history back by introducing an unusual (to the nuclear energy world) series of historical prose.

Previously announced at APR were four recurring, new historical features; the actual launch occurs now with the first installment covering Sylvania-Corning Nuclear Corporation's Western Sales Office.  Through many original documents both from Sylcor and from the late Jim Vadeboncoeur, Will Davis tells the inside story of the early days of commercial nuclear energy.

This is a book about LFTR the forgotten and hopefully revived Thorium molten salt reactor is an excellent read.  This book tells the story of the slightly radioactive element thorium, a much-touted alternative fuel for nuclear power plants.

Expanding on his Wired cover story, the author explains that the element was actually used as a nuclear fuel in an experimental reactor built and run by American scientists at Oak Ridge in the late 1960s.

Martin focuses on the work of Kirk Sorensen, a former NASA engineer, now head of Flibe Energy, who urges U.S. utilities that are preparing to replace some 30 older reactors to build a new kind of reactor-a liquid-fluoride thorium reactor, which proponents consider to be more efficient and safe than existing plants.