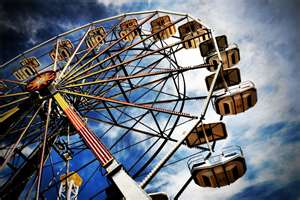 This post is the collective voice of blogs with legendary names which emerge each week to tell the story of nuclear energy.

The publication of the Carnival each week is part of a commitment by the leading pro-nuclear bloggers in North America that we will speak with a collective voice on the issue of the value of nuclear energy. While we each have our own points of view, we agree that the promise of peaceful uses of the atom remains viable in our own time and for the future.

Many people in Vermont claim that Vermont should have the right to regulate nuclear safety.  Yes Vermont Yankee points out that pharmaceutical drug approval, nuclear power, and airline safety are all regulated at the national level. Angwin shows that national regulation of complex technologies is a very good thing.

The Vermont Yankee nuclear power plant received a 20-year extension of its operating license from the Nuclear Regulatory Commission - but also is required to be issued a renewed Certificate of Public Good (CPG) from Vermont's Public Service Board to continue operating.  This blog post untangles the legal thicket for readers, reporting from a Vermont Public Service Board Pre-conference Hearing packed to the brim with lawyers, representatives, the media, and public pro- and anti-nukes.

The blog highlights MIT's latest report on whether a large-scale penetration of renewables can be managed in the US. The report is a sobering read for renewable advocates. There are five main areas of concern with wind and solar that emerged from the symposium and it looks like many regulations and systems will have to change in order to accommodate renewables. There are many more interesting stats on this issue at NEI's post so stop by.

This blog presents a document that everyone involved in communicating with the public about nuclear energy will want to read; Appendix III of the obscure WASH-1250 report.  This document gives a history of public sentiment toward nuclear energy from the early days through 1973, and helps explain the early activities of anti-nuclear organizations as well.

The blog reflects on the aftermath of the Great Tohoku Earthquake and its aftermath, an event which sparked Skutnik and his colleagues to start their blog in an attempt to convey accurate information about nuclear technology to the general public free of the sensationalism which prevailed around the time of the Fukushima crisis.

A one year retrospective on why the Fukushima Nuclear event unfairly dominated the news media.

Kevin Jianjun Tu is a senior associate in the Carnegie Energy and Climate Program, where he leads Carnegie's work on China's energy and climate policies. He also worked in China 1995-2001 in large China natural gas and petroleum companies. His analysis is that China should go slow on approving new nuclear reactors.

"Modern physics is a field that is as complex as it is beautiful."  The blog interviews nuclear engineering Ph.D. candidate Kallie Metzger, whose passion for science also inspires beautiful works of art - and a marvelous nuclear-inspired art exhibit. Examples are displayed online.