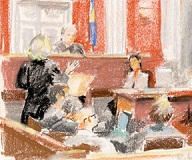 Entergy's Vermont Yankee nuclear power plant's operating license would have expired on March 21, 2012, but the Nuclear Regulatory Commission extended the license to 2032. Vermont's legislature and a vocal part of the state's population don't like the idea of Vermont Yankee's continued operation. So, when confronted with an unpopular federal agency's decision, what's a concerned state legislature to do?

Pass laws against the plant, that's what. Take as much legislative control over the operation of a privately held, federally licensed merchant nuclear plant as you possibly can. Tell your Public Services Board to consider radiological health as an economic issue. Base these activities on a misreading of a badly written Memorandum of Understanding. Do this during an election year.

There's a problem with this strategy. It doesn't work, at least according to Federal District Court Judge Gavan Murtha. On January 19, 2012, Murtha allowed Entergy to operate past the March 2012 deadline imposed by the Vermont legislature. The 102-page, historically rich ruling is instructive and clearly describes Vermont's intentions about Vermont Yankee. But despite valiant efforts to slip through a preemption discussion, the legislature clearly overstepped its boundaries.

Vermont's legislative efforts to limit the operation of Vermont Yankee 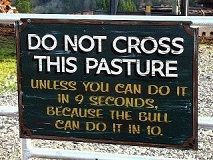 Better minds than mine have tackled the history of Vermont's relationship with Entergy and Vermont Yankee. The matter came to a head when the state legislature passed several statutes that essentially prohibited Entergy's ability to operate the plant after March 21, 2021. To understand Judge Murtha's ruling and to put to rest any confusion that Vermont's governor Peter Shumlin may have about it, here is a quick rundown of the offending legislation:

Entergy cried "foul," claiming that Vermont was preempted from enforcing the legislation, and Judge Murtha agreed.

How can this decision be confusing when the answer's in the Constitution?

Shumlin, the governor of Vermont and a former legislator, is shocked and has implied that Vermont's assistant attorney general had been badly outgunned by well-respected Washington, D.C. litigator Kathleen Sullivan. He even complained, "The first consideration is how do you take a disappointing decision that doesn't make a lot of sense and ensure that you proceed in a way that meets the objectives of the state of Vermont."

The NRC's power springs from the Supremacy Clause of the U.S. Constitution. Before 1787, the former colonies had sovereign power, and joined together in a loose confederation. As every fifth grader knows, this did not work. The states agreed to let Congress decide which powers they (the states) could keep. In other words, federal laws passed by Congress became the "supreme law of the land," preempting any conflicting state law.

Judge Murtha's ruling simply follows a long historic line. How is that confusing?

There are several tests to determine whether a state's activities are preempted by federal law. Judge Murtha used all of them. Primarily, the judge used what I call the Duck Test, which I borrow from that great legal philosopher Douglas 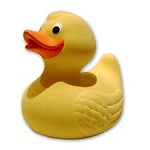 The Vermont legislature tried like crazy to avoid crossing into the NRC's turf, and they didn't even try to hide it. In fact, Shumlin and the rest of the legislature knew they were trespassing on federal turf when they crafted the law. Judge Murtha dedicated at least 40 percent of his opinion on legislative bon mots like:

The legislature could consider a "broader range" of issues than the [Public Service] Board, referring to "three-headed turtles and sterile sheep" - unknown senator

"[W]e also intend to change the title, an act relating to an independent audit rather than a safety assessment." - Sen. Peter Shumlin

Witnesses also urged the legislature to assert oversight authority over dry cask storage, because there was "very little faith in the Nuclear Regulatory Commission."

Judge Murtha's decision makes complete sense. His conclusion is straight out of the Federalist Papers. The authority retained by the federal government invalidates any state legislation that conflicts with federal law or authority. So, the NRC's federal power to regulate safety at nuclear power plants preempts Vermont's right to legislate a nuclear power plant out of existence.

Entergy must still get its extended CPG to continue operations. The CPG was already leaning toward extension. Vermont's attorney general can appeal the ruling, but that seems unlikely. Decisions like this are treated with great deference on the appellate level.

Barring any economic decisions from Entergy, it looks like Vermont Yankee will still operate long past March 21.

Tamar Cerafici is an environmental lawyer practicing in the areas of environmental, nuclear, and sustainable development law. Feel free to use any material in this guest post; just give credit where credit's due: to Dan Yurman for asking me, and to me for writing it.

Root cause of Vogtle and VC Summer delays

This column was initially published in the October 16, 2014, issue of Fuel Cycle Week and is republished here with permission....

Day 4 of the annual National Nuclear Science week is all about Nuclear Safety....