Seems to be the season of controversy in Washington concerning nuclear issues and energy issues in general. First we had the whole Solyndra affair (discussed in my Nov. 28 post), and now we have an unprecedented-and highly politicized situation-concerning the U.S. Nuclear Regulatory Commission.

On October 13, the four NRC commissioners wrote a letter to White House Chief of Staff Bill Daley, voicing "grave concerns" about NRC Chairman Gregory Jaczko. They stated that his actions and behavior are damaging the NRC as an institution and creating a work environment that does not promote the independence and scientific objectivity that is essential to being an effective regulator. It should be noted that two of the four commissioners are Democratic appointees, and two are Republican appointees.

Specific issues raised by the four commissioners, in the letter to Daley and in congressional testimony, include:

As a backdrop to the specific issues raised above, there have been some disagreements between Jaczko and the other commissioners. 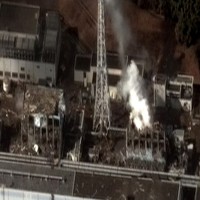 Fukushima Daiichi during the event

One issue concerns the response (such as plant improvements) that the NRC will recommend or require for U.S. nuclear plants, in response to the Fukushima event. The primary disagreement is not over what the requirements will be, but over the length of time that will be allowed for the NRC to develop and promulgate the requirements, and how much time the plants will have to implement them. The other commissioners believe that the NRC should take more time to "get it right", whereas the chairman believes that the situation is urgent, and that the requirements should be instituted much more quickly. 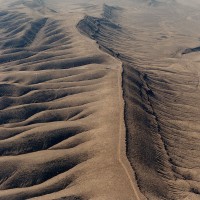 Another issue concerns the Yucca Mountain repository, and how Jaczko essentially terminated the review/licensing process, using the administrative powers of his position, just before NRC staff was about to rule on whether or not the repository met all the technical requirements. This was done despite the fact that there was not a majority commission vote, which was necessary to overrule the Atomic Safety and Licensing Board's decision that the Department of Energy and the NRC did not have the authority to terminate the licensing process.

Given the history of Jaczko's (political) appointment, many believe that his actions with respect to Yucca Mountain are one example of a political agenda taking priority over scientific and technical merits.

The political reaction to these events has been swift, and surprisingly partisan given the bipartisan background of the four commissioners.

House Oversight and Government Reform Committee Chair Darrell Issa ( R., Calif.) stated that Jaczko was driving the NRC toward "catastrophe." Republican House Energy and Commerce Committee Reps. John Shimkus (Ill.) and Ed Whitfield (Ky.) called on President Obama to replace Jaczko. Ranking Senate Environment and Public Works Committee Republican James Inhofe (Okla.) praised the four NRC commissioners for their "courage." There is also an effort to pass a law that would only allow the NRC chairman to invoke emergency powers if there is an imminent safety threat at an NRC-licensed facility.

Democrats, primarily Sens. Harry Reid (Nev.) and Barbara Boxer (Calif.) and Rep. Ed Markey (Mass.), have called the four commissioners testimony a "politically motivated witch hunt", and have essentially accused them of serving the interests of the nuclear industry, at the expense of public safety, and trying "stage a coup" over Jaczko, whom they praised for putting safety first and trying to improve things at the NRC. In particular, they've suggested that the other commissioners were trying to water down the new post-Fukushima plant requirements and slow their implementation.

What to make of all this

Having not worked at the NRC, or with Jaczko, I don't know enough to judge the extent to which the accusations about his management style and treatment of NRC employees are true. That will have to be left to the upcoming investigations.

As to whether or not he is competent as NRC chair, and whether he has political agendas (as opposed to being objective), one cannot ignore the fact that his primary work experience before becoming an NRC commissioner was working as a congressional staffer for Rep. Markey and for Sen. Reid. Markey has always been an outspoken critic/opponent of nuclear power, perhaps to a greater extent than any other representative. Reid, while not a nuclear power opponent per se, is the primary congressional opponent of the Yucca Mountain repository. Reid used his position as Senate Majority Leader as leverage to get Jaczko appointed as an NRC commissioner. Many believe that the sole purpose of this was to prevent the Yucca Mountain project from going forward.

This leads us to what is probably the most serious of the issues that were raised. In their testimony the commissioners suggested that Jaczko had clear agendas and had pressured staff to work toward advancing those agendas, as opposed to being objective and scientific in their evaluations, and openly asking questions. Such behavior would clearly reduce the NRC's effectiveness as an objective regulator, and could even end up reducing safety. If these criticisms are shown to be true, then something tangible would need to be done to rectify the situation.

Is Jaczko a serious problem?

I personally do not have a strong opinion on the speed at which the Fukushima reforms should be implemented. I have also not found Jaczko to be particularly antagonistic to the industry on issues other than Yucca Mountain (including plant life extensions, Fukushima requirements for U.S. plants, or the new plant licenses). I find that his actions on the Yucca Mountain front to be objectionable, however.

Jaczko effectively suppressed the release of the NRC staff's findings on the technical adequacy of the repository, even though they had completed their work (and as almost everyone believes, found that the repository met the technical requirements). Whether or not we decide to proceed with Yucca Mountain, the fact that it met the requirements, and was a technically viable solution to the nuclear waste problem, should have been documented. He also accomplished this using the (administrative) powers of his office, despite the fact that the commission's votes to stop the licensing process were not there.  Hopefully, this will be resolved in court. 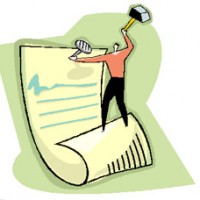 Jaczko's actions on Yucca Mountain are clearly at least one example of him pursuing a political agenda, as opposed to being objective or scientific. This is especially clear given his political and professional background. As discussed above, coercion of the NRC staff by an agenda-driven chairman would clearly be a problem, especially if most of the power is concentrated in the hands of the NRC chair, as opposed to the four commissioners. This suggests that the issues raised by the commissioners are significant, and require some tangible action in response.