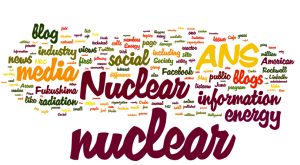 This post is the collective voice of the best pro-nuclear blogs in North America. If you want to hear the voice of the nuclear renaissance, the Carnival of Nuclear Energy Blogs is where to find it.

Past editions have been hosted at Next Big Future. Yes Vermont Yankee, NuclearGreen, Deregulate the Atom,  Canadian Energy Issues, Idaho Samizdat, and CoolHandNuke, as well as several other popular nuclear energy blogs.

The publication of the Carnival each week is part of a commitment by the leading pro-nuclear bloggers in North America that we will speak with a collective voice on the issue of the value of nuclear energy. While we each have our own point of view, we agree that the promise of peaceful uses of the atom remains viable in our own time and for the future.

Two ACP100 reactor modules have been ordered in China. These 100 to 150 MWe reactors can be built in about 30 months, which is about half the time of larger reactors in China. These first of kind units will each cost a bit less than $400 million if budgets are not overrun.

Lightbridge has expanded the nuclear fuels they have under development from thorium-uranium fuels to new fuels that will enable uprating of 17 to 30% of pressure water reactors.

Gail Marcus notes that Russia's stated intention of joining the OECD Nuclear Energy Agency is a move in the right direction.  It will be the culmination of long period of growing cooperation between Russia and the agency.  She notes with pleasure that she had a role in one step in that process.

Marcus, a former president of ANS, also has some positive comments on a subject a bit off her usual path. A cartoon about Vermont Yankee captures her attention.  See the note below about it for more details.

includes a great cartoon from a local paper. The cartoon is about

Vermont Yankee, and about energy choices in general.

The situation was a good news story. Tepco, the electric power utility company that owns the Fukushima Daiichi nuclear power station has reached a stage in their recovery efforts where they could comfortably allow the news media to come into the station and have a first hand look around.

Dan Yurman at ANS Nuclear Cafe provides a report and analysis of the latest news, events, and commentary concerning recent nuclear energy protests in  India. He explains the source of the protests and what the Indian nuclear establishment is doing to respond top them. The head Russian nuclear engineer at the twin VVER reactor facility at Koondankulam weighs in with a comment on media coverage.

The next generation of nuclear engineers will be raised on games.  Massive multi-player experiences, and social media, are formative experiences the nuclear industry should leverage to recruit new talent.

The virtual game environments, and the social media networks that surround them, are as much a part of the "reality" of the players as their families, jobs, and relationships with society.

The question is why hasn't the nuclear energy industry harnessed these technologies as a way to motivate young people to seek a career in the field?

This week on Nuclear Green, he offers a three-part interview with Sherrell Greene a recently retired senior ORNL reactor researcher.  In the first part of the interview, Greene discusses his ORNL accomplishments, and his contributions to nuclear safety.

Finally in the third part of his interview, Dr. Greene discusses Liquid Chloride Reactors, the problem that "business as usual" will pose for the future of the nuclear industry, and the possibility of a new Manhattan Project.

What lights up Occupy Ottawa? It could and should be clean energy, but it's not"

The site of Occupy Ottawa has a grid connection but the site owner cut off the power two days into the occupation. The occupiers felt forced to use a gasoline-powered generator to provide electricity at night. The gasoline generator produces electricity that is dirtier by at least an order of magnitude than electricity from the Ontario grid.

Even though they've been cut off, the Occupiers could still use clean grid electricity, by employing a technology that has been around for more than a century. In a series of three articles, Steve Aplin asks Shouldn't they use this technology, especially since there is a sign at the site saying 'Protect the Environment'?"