This post is the collective voice of the best pro-nuclear blogs in North America. If you want to hear the voice of the nuclear renaissance, the Carnival of Nuclear Energy Blogs is where to find it. 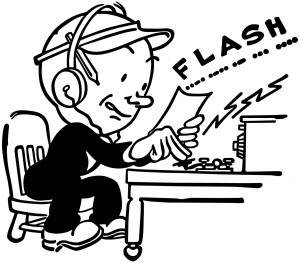 Rod Adams at Atomic Insights has coined a new word to replace "renewables"; he is now calling them "unreliables." In this post he describes how unreliables cannot be called upon when needed or where needed to provide enough energy per unit time to enhance national economic or military power.

He also describes his life long love of the great outdoors and includes a copy of a comment he posted to a discussion with people interested in the Sierra Club. As a nature lover and self-professed "hard headed BHL" (bleeding heart liberal), Rod cannot understand why a club formed to protect wilderness areas and natural vistas would support industrial scale wind and solar energy development. He cannot imagine any logical reason that the club has decided to maintain its long time antinuclear stance even to the point of supporting the use of deep wells and horizontal drilling combined with hydraulic fracturing to extract natural gas from shale.

Mark Flanagan at NEI Nuclear Notes shot back at the Union of Concerned Scientists' Ed Lyman for accusing the nuclear industry and NEI of "stonewalling" security requirements imposed by the NRC after 9/11. Not so. The industry effort to beef up security cost more than $1 billion to implement and included actions such as increasing security forces by 60%, establishing "force on force" exercises, building structures to protect against vehicle bombs and other potential terrorist assaults, and tightening access controls.

World Nuclear generation update - The Japan tsunami was March 11, 2011. In that month they still generated almost 20 TWH versus 22 TWH if everything was great. In April, 2011 Japan still generated 16.8 TWH. Japan turned off more of their reactors even ones that were not damaged for safety checks and other stress testing. 5 TWH for 9 months would have been 45 TWH of reduced generation instead it will be about 100 TWH for 2011.

Japan's August numbers show that they have shutoff even more reactors since June and are 60% per month below 2010 (down 12-13 TWH).

Gail Marcus was pleased to see that IAEA still predicts substantial growth in nuclear power in the next couple of decades, even while recognizing Yogi Berra's observation that "It is difficult to make predictions, especially about the future.

In this post, Meredith Angwin of Yes Vermont Yankee discusses the three main contentions at the trial (breach of contract, federal pre-emption, and the Commerce Clause of the Constitution).  She concludes that the whole thing is still up in the air.  However, she does include nice pictures of the pro-Vermont Yankee rally in Brattleboro earlier this week.

Margaret looks at four anti nuclear groups, identifying the origins of their anti-nuclear stances. It seems that groups moved from anti-nuclear weapons to anti nuclear power after the test ban treaty in the 1970's. It appears that originally it was more of a survival strategy for the leadership than anything else. Sierra Club was pro-nuclear for a time, recognizing that nuclear power generated electricity with less impact on the land than any other option, but changed their stance in the early 1980's.

Steve Skutnik at the Neutron Economy digs deeper into the Blue Ribbon Commission's draft report, beginning a multi-part look at both where the Commission offers useful guidance and where they fell short. This first installment examines what the BRC got right, including their focus upon a sound, consent-based process for waste management and useful suggestions for better overall management of spent fuel management projects.

In this opinion piece, Will Davis tries to get at the root of why we're still buying into the myth of solar energy as an even competitor to nuclear energy; does the problem go all the way back to the "Energy Crisis?"  Probably.

Will China build a 1700 MW reactor?  Technology transfer and R&D efforts in the past few year say they are thinking hard about it

Everyone familiar with China's civilian nuclear energy program knows that there are three principal sources of technology coming into the country. The first is the Russian VVER, second is the Westinghouse AP1000, and  third is the Areva EPR.

All three vendors are building reactors in China and both Westinghouse and Areva have signed licensing agreements to share their technological know-how with the Chinese.

But China has its own ideas about where to take these agreements. One of them is to explore development of an even larger reactor, a 1700 MW design that would borrow best-in-class features from its vendors' offerings and in particular from Westinghouse.

A report by the Bloomberg wire service that ran about noon Monday September 12 cites a French financial newsletter published in Paris that Areva may freeze capital investment spending including the planned Eagle Rock Enrichment Plant in Idaho.

Most significantly for U.S. projects, he is reported considering freezing some investments including the construction of an uranium enrichment plant in Idaho.

Cornelius Milmoe "NRC terminates Yucca Mountain proceeding" -- Despite the ASLB and court rulings, the NRC has suspended all agency action on the Yucca Mountain application and refused to release the Safety Evaluation Report (SER) prepared by NRC staff.  It seems likely the court of appeals will conclude the NRC is guilty of unreasonable delay...