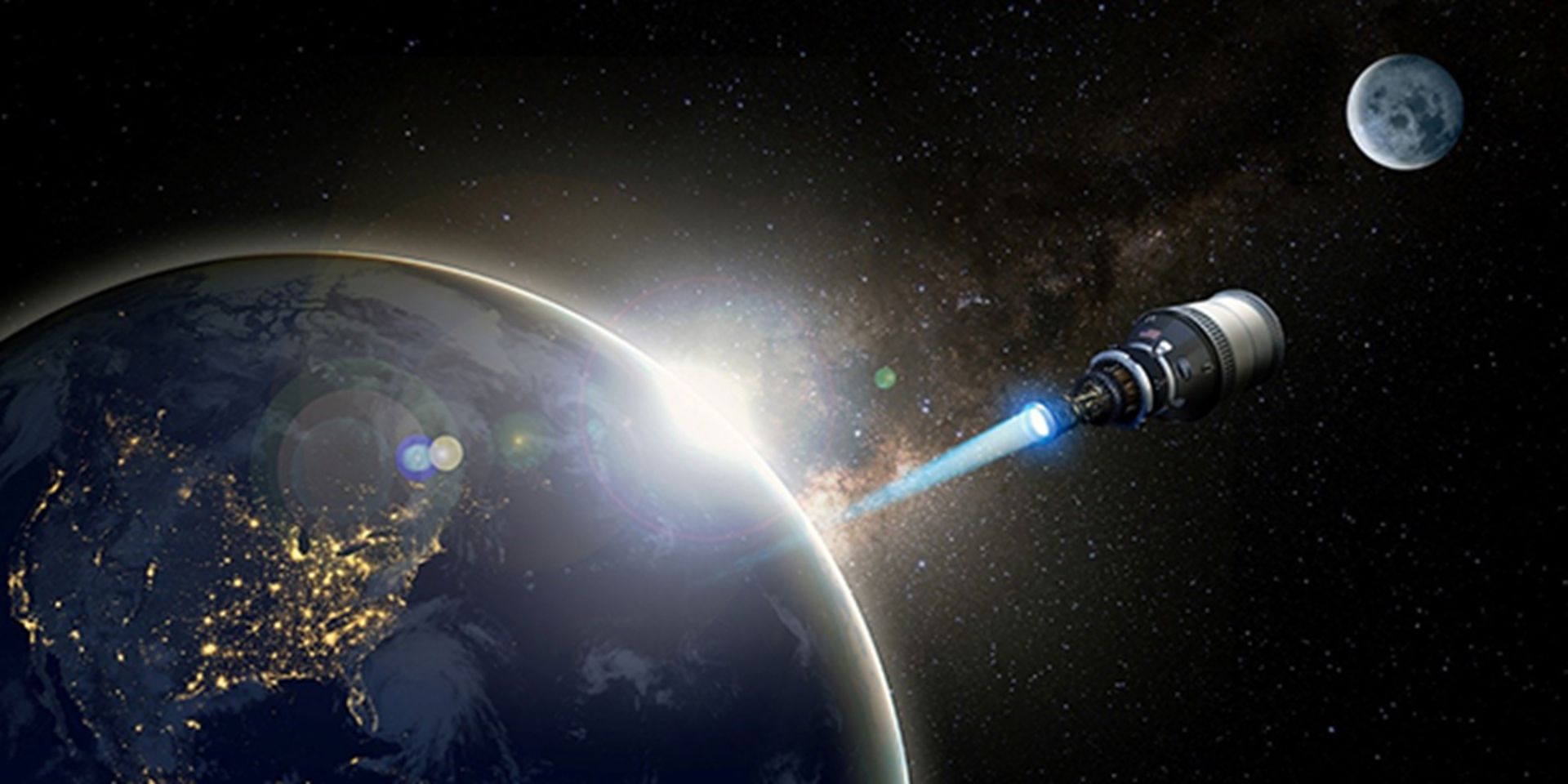 DRACO’s Phase 1 awards, announced in April 2021, went to General Atomics for a preliminary design for the reactor and to Blue Origin and Lockheed Martin for a conceptual design of the in-orbit demonstration system, and that work is wrapping up in October 2022. DARPA issued a solicitation on May 4 for Phases 2 and 3, which are expected to take about three to four years in total and culminate in an in-space NTP flight demonstration in fiscal year 2026.

The vision: DARPA expects DRACO to enable time-critical missions over vast distances in cislunar space. NTP achieves high a thrust-to-weight ratio similar to chemical propulsion but with two to five times the efficiency using systems that are faster than electric systems and smaller than chemical systems. That combination of speed and size could provide the maneuverability the DOD wants near Earth and could also support future NASA missions to more distant destinations, like Mars.

Phased objectives: A single award is anticipated, and proposals for Phases 2 and 3 are not limited to Phase 1 awardees, according to DARPA’s detailed announcement of the planned work. Evaluation criteria, in descending order of importance, are (1) overall scientific and technical merit, (2) potential contribution and relevance to the DARPA mission, (3) realism of proposed cost and schedule, and (4) proposer’s capabilities and/or related experience.

DRACO’s Phase 2 is expected to take 24 months and include a complete preliminary and detailed design of the demonstration as well as construction and experimental validation of the flight engine—including the nuclear reactor, nozzle, controllers, and associated equipment to drive the propellant from its tank and through the reactor.

Phase 3 will immediately follow Phase 2 and is anticipated to last about 15 months. The hydrogen tank would be fully fabricated in the early part of Phase 3 and would undergo performance tests while fully loaded. Ultimately, Phase 3 would include the launch and in-orbit demonstration of the NTP engine at full power and full thrust.

General Atomics’ NTP work draws on experience from the company’s involvement in the 1960s with Project Rover, a program of NASA and the Atomic Energy Commission that was one of the first programs to demonstrate the feasibility of NTP in space. In 1965, the company was also directly involved in nuclear fuel testing and characterization for the SNAP-10A reactor—designed to supply power to a satellite—which is the only U.S. nuclear power reactor launched into space to date.

According to DARPA’s Phase 2 and 3 solicitation, “Proposals for the reactor and non-nuclear NTR [nuclear thermal rocket] components should leverage previous NTR engine work, such as the Rover/NERVA program. Developing an NTR engine with HALEU fuel that leverages heritage Rover/NERVA reactor design and engine testing data will help ensure the risks associated with the selected DRACO design approach are well understood and will maximize the likelihood of success within the desired timeline.”

The clock is ticking: The solicitation was announced on May 4, and the final day for responses is August 5. More information is available at sam.gov.