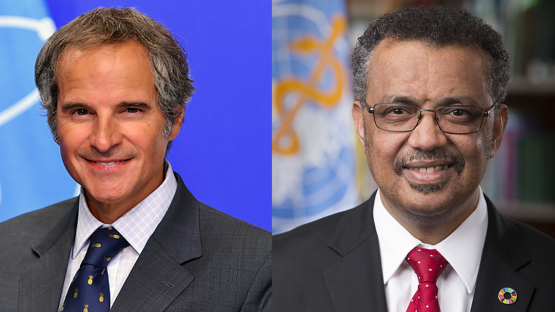 The IAEA’s director general, Rafael Mariano Grossi, announced the Rays of Hope program on World Cancer Day, February 4, on the eve of an African heads of state summit in the Ethiopian capital of Addis Ababa. Of the African Union’s 55 members, more than 20 nations do not have a single radiotherapy machine, according to the IAEA.

Grossi issued a joint statement with Tedros Adhanom Ghebreyesus, director general of the World Health Organization, saying that cancer treatment remains inaccessible in many parts of the world and that the disparity is particularly acute in Africa.

“Millions of people living in less developed countries are dying from cancer that is often treatable and curable,” Grossi said. “We have a moral duty to do our utmost to turn this sad situation around.”

Stats: The total number of cancer deaths worldwide is forecast to rise by 60 percent in the coming two decades, to 16 million people every year, according to the IAEA. Low- and middle-income countries—in Africa and elsewhere—will suffer the most, with mortality rates far above those in wealthier regions. In Africa, for example, 700,000 people succumbed to cancer in 2020. In addition, low- and middle-income countries receive only 5 percent of global spending in the fight against cancer.

The program: Rays of Hope aims to mobilize financial resources and partners and to galvanize political will to step up the fight against cancer, according to the IAEA. It will seek to promote cancer care for all by improving the availability of radiotherapy services, medical imaging, and nuclear medicine, which are critical for detecting and curing the disease.

Grossi said that the program’s implementation will start immediately in the following seven countries: Benin, Chad, the Democratic Republic of the Congo, Niger, Malawi, Kenya, and Senegal.

The cost: Setting up and operating a radiotherapy unit able to treat 500 patients per year can cost $7.5 million, according to the IAEA. To help fill the existing funding gaps, the IAEA has prepared three different packages for donors and other partners of up to $16 million, depending on a country’s needs. Each package would cover capital expenditures for a treatment unit, as well as staff training in operating it.