Late last month, WRPS workers finished installing a new 102,000-square-foot floating cover on Basin 44, one of three large wastewater storage basins that make up the Liquid Effluent Retention Facility (LERF). LERF stores wastewater generated by Hanford cleanup activities until it is pumped to the nearby Effluent Treatment Facility, where contaminants are removed during processing.

Liquid waste: Basin 44 can hold about 7.8 million gallons of liquid waste—enough to fill about 12 Olympic-sized swimming pools. The original basin cover, installed in 1992, needed to be replaced because of age-related deterioration. WRPS installed new covers on LERF’s two other storage basins in 2017 and 2018. A fourth basin is under construction to increase capacity to store additional effluent from treating tank waste.

The Integrated Disposal Facility will receive containers of immobilized low-activity tank waste and has a leachate collection system to collect water from precipitation and dust suppression in holding tanks. The leachate will be transferred periodically to LERF for treatment in the site’s Effluent Treatment Facility. Workers use a special tool to cut the old cover on Basin 44 at Hanford’s Liquid Effluent Retention Facility, allowing for installation of the new cover. The floating cover was replaced because of age-related deterioration. (Photo: DOE)

The project: To install the new cover on Basin 44, workers welded together prefabricated panels of flexible synthetic material noted for its resistance to chemicals, temperature extremes, and ultraviolet light. The workers attached the cover to tensioning hardware that allows the cover to move as it floats on the surface of the wastewater.

The most challenging part of the replacement project was removing the old, contaminated cover prior to installing the new one. Workers in personal protective equipment cut the old cover in strips using a specially designed tool mounted on a pole.

Hot work: Most of the cover-removal process took place during record-breaking summer heat at the Hanford Site, in Washington state, with 35 days between June and August reaching a maximum temperature of 100 degrees Fahrenheit or greater. Temperatures in the dark basin climbed as high as 140 degrees. To ensure worker safety, WRPS implemented its heat-stress monitoring program, adjusted personal protective equipment, and began work shifts as early as 2 a.m.

“We took a deliberate, cautious approach to ensure all work was performed safely,” said Gene Roosendaal, WRPS project manager. “We faced a lot of unique challenges on the project, but we got the job done thanks to a team that demonstrated exceptional teamwork and a strong commitment to safety.” 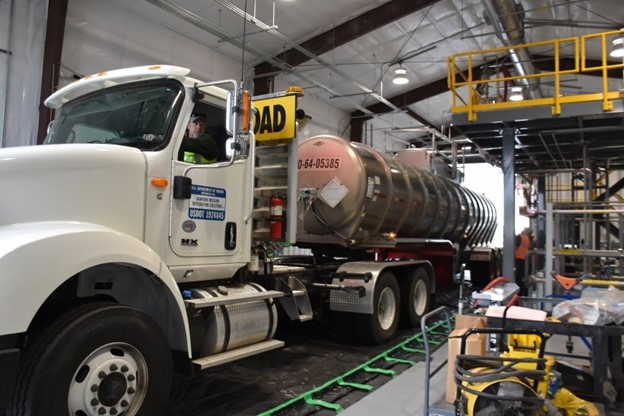 Work is nearing completion on a fourth basin needed to ensure adequate storage for wastewater during tank waste treatment on the Department of Energy’s Hanford Site, in Washington...

Crews at the Department of Energy’s Hanford Site in Washington state recently finished testing “bubblers” at the Waste Treatment and Immobilization Plant. Bubblers are used to transform... 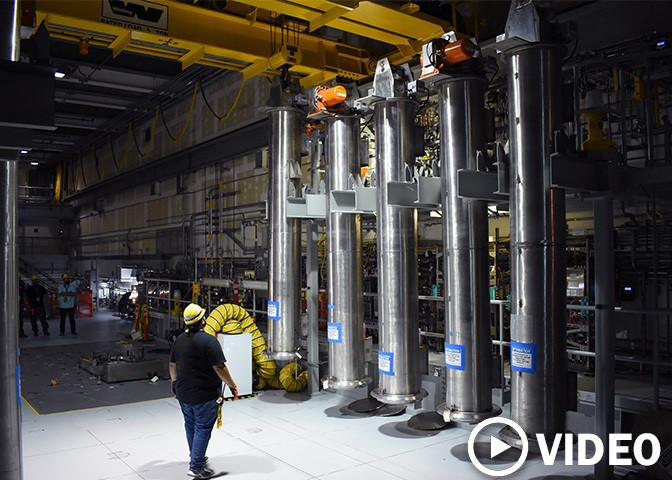 As the Department of Energy's Hanford Site prepares for around-the-clock operations for tank waste disposal, workers at the site's 242-A Evaporator are upgrading equipment used to remove water...

Four work crews have become qualified to operate the control room at the Hanford Site's Waste Treatment and Immobilization (VIT) Plant, which is targeted for operation in 2023....

William “Ike” White, the Department of Energy’s acting assistant secretary for environmental management, helped open the 2021 Waste Management Symposia by announcing a new era for the...