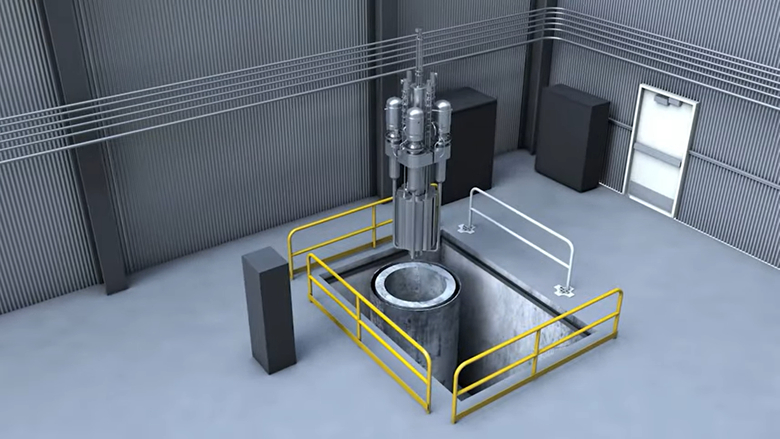 Nuclear Newswire published details on MARVEL in January, when the DOE launched a public review and comment period on a draft environmental assessment (EA) of the project. Read on for a recap of the plan.

The design: MARVEL would be a sodium potassium eutectic (NaK)–cooled microreactor fueled by uranium zirconium hydride (UZrH) fuel pins using high-assay, low-enriched uranium (HALEU) from existing research supplies. The 100-kWt reactor would be capable of generating about 20 kWe using Stirling engines and would have a core life of about two years.

The DOE proposes to install the MARVEL microreactor in a concrete storage pit in the north high bay of the TREAT reactor building. Modifications to the building to accommodate MARVEL are anticipated to take five to seven months, according to the draft EA, while construction, assembly, and testing are expected to take another two to three months prior to fuel loading.

The mission: The MARVEL test platform is a collaborative effort between the DOE Microreactor Program and the National Reactor Innovation Center. It is intended to: