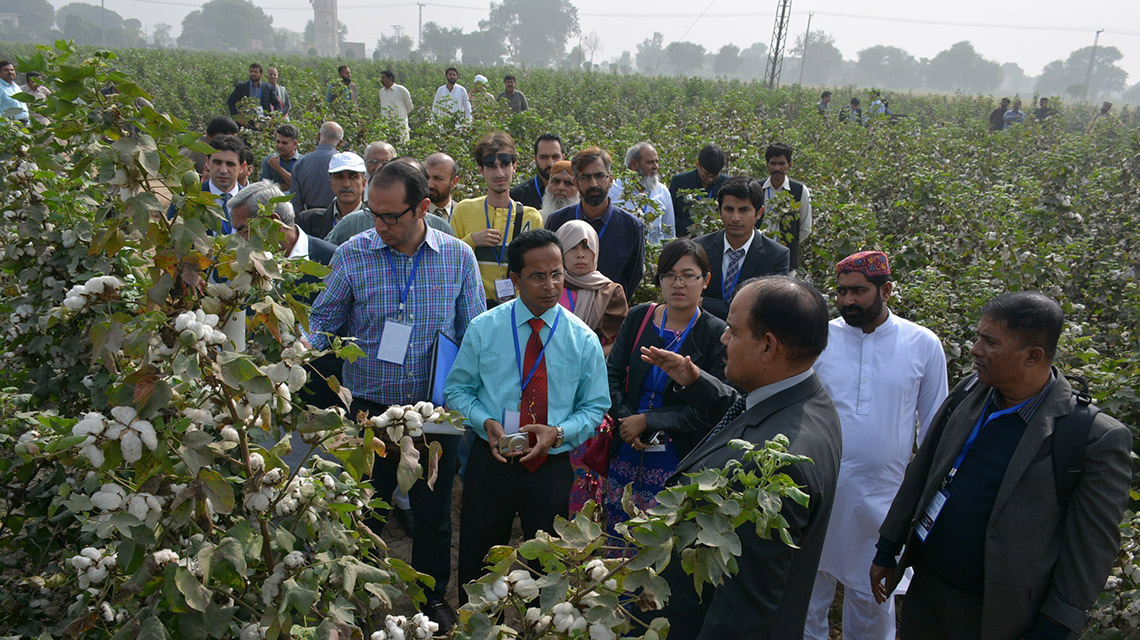 The science: According to the IAEA, seeds first are exposed to radiation and then planted in greenhouses. Subsequent generations are then propagated—three or four generations beyond the initially irradiated seeds. Then, the resulting mutated plants are examined for the specific traits desired in the program, and promising candidates are planted in trials to prove the performance. If the mutants display desirable traits, seeds are released to farmers for cultivation.

According to a report from the IAEA, mutant varieties have improved the quality traits of crops. The mutations in the crop varieties have led to “decrease[d] use of pesticides (due to increased disease resistance), a reduction in using fertilizers and consumption of water (due to the highly efficient nutrient intake and better tolerance to drought), superior quality, and higher crop yields,” the report states.

Introduction of new varieties: The new varieties developed now account for 40 percent of all cotton produced in Pakistan, up from just 25 percent two years ago and from nonexistent yield in 2016. Pakistani farmer Muhammad Ikram said, “I was able to harvest my crop this year with a 30 percent higher yield than what I could achieve with traditional varieties.” This is a big success for Pakistan considering the textile industry employs 40 percent of the labor force in the country.