Utah Associated Municipal Power Systems (UAMPS) announced on October 16 that the Department of Energy has approved a $1.4-billion, multiyear cost-share award to Carbon Free Power Project LLC, a new business entity wholly owned by UAMPS that was created for the development and construction of a 720-MWe NuScale power plant—the Carbon Free Power Project (CFPP)—to be sited at Idaho National Laboratory. The funding comes as UAMPS prepares to develop the first combined license application (COLA) for a small modular reactor. 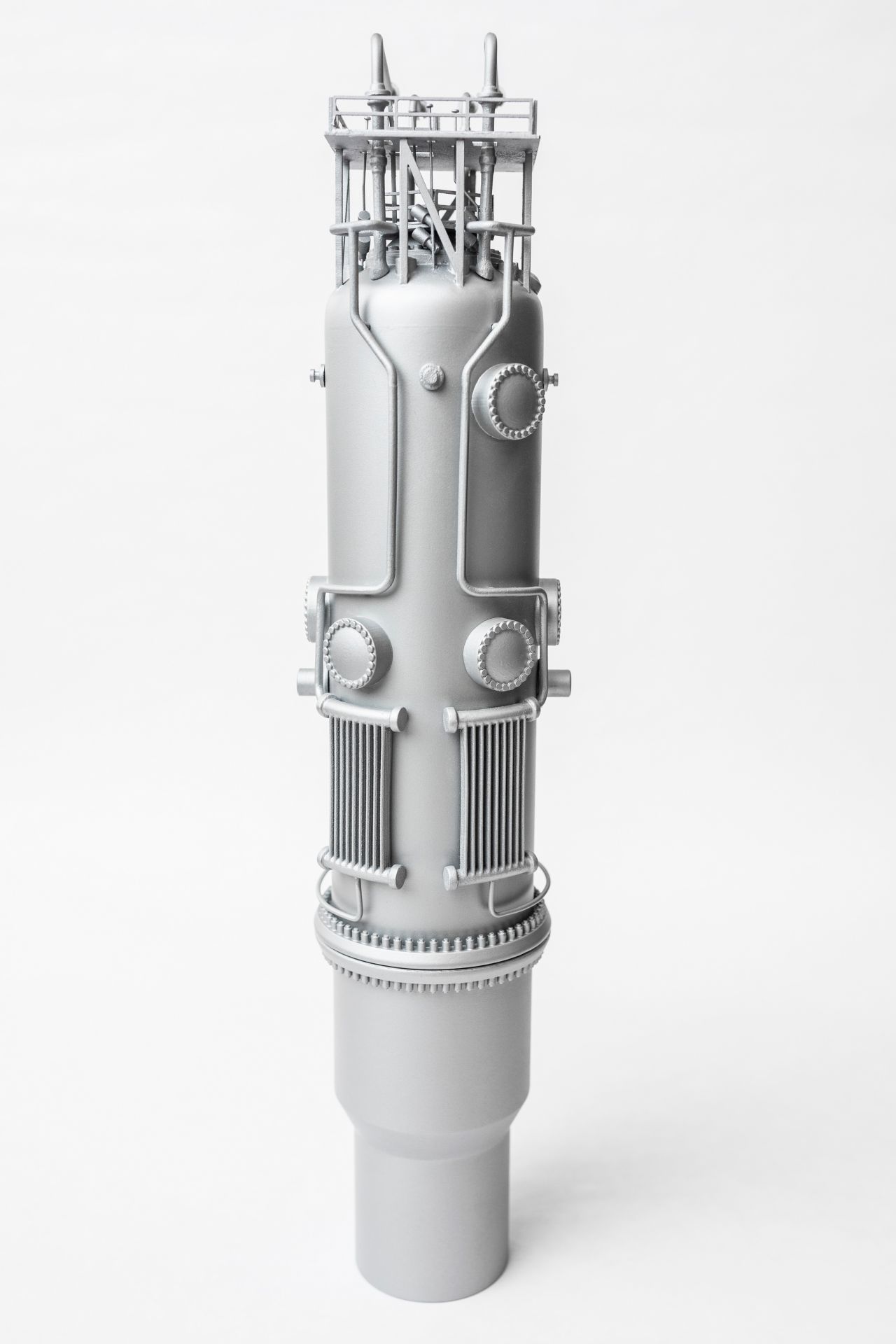 A vote of confidence: Last week saw the DOE commit funds in a very big way to the demonstration and deployment of advanced nuclear reactors. Two reactor designs—TerraPower’s and GE Hitachi Nuclear Energy’s Natrium, and X-energy’s Xe-100—will receive a total of $3.2 billion for the Advanced Reactor Demonstration Program. The announcement of $1.4 billion for the CFPP came just three days later, raising the DOE’s approval of cost-sharing awards for nuclear energy to a total of $4.6 billion (subject to future appropriations) in one week alone.

“We appreciate this tremendous vote of confidence in CFPP by the Department of Energy,” said Douglas Hunter, UAMPS’s chief executive officer and general manager. “It is entirely appropriate for DOE to help de-risk this first-of-a-kind, next-generation nuclear project. This is a great example of a partnership with DOE to lower the cost of introduction of transformative advanced nuclear technology that will provide affordable, carbon-free electricity all over the country and the world. This project is much bigger than UAMPS itself.”

The project: NuScale Power, headquartered in Portland, Ore., plans to supply 12 60-MWe modules for the 720-MWe plant. The Nuclear Regulatory Commission issued a final safety evaluation report (FSER) for a smaller, 50-MWe version of the NuScale design in August, and that news, coming just prior to a contractual deadline for UAMPS member participation in the project, initiated a flurry of activity described in a September 8 Newswire article from Nuclear News.

UAMPS’s latest schedule extends the operational date of the first module to 2029 (from 2026), with the other 11 modules coming on line in 2030. Electricity from the plant will be distributed to customers of 33 UAMPS member utilities in five states, and the project is open to participation from other Western utilities.

Cost matters: The $1.4-billion award for the CFPP is a funding vehicle that would allocate funds over 10 years, subject to appropriations, to address one-time costs for the first-of-a-kind project. “This will help ensure that the levelized cost of energy target price of $55 per MWh can be achieved at a level of risk UAMPS can manage,” according to UAMPS.

A UAMPS newsletter issued in September described efforts to reduce financial risk to the municipalities and utilities investing in the CFPP, stating, “This important award will be weighted to the early years of the project, which reduces the financial risk for member participants.”

The cost-share award is on the agenda for an October 20 UAMPS meeting at which the Project Management Committee, composed of members participating in the project, will approve the DOE award, UAMPS spokesperson LaVarr Webb told Nuclear News. “Beginning November 1,” he said, “the project will be operating under a new budget and plan of finance and will enter into the phase preparing the COLA to submit to the NRC.”

Licensing: UAMPS has indicated that preparing the COLA will take about 29 months. “After submitting the application, the NRC will have more than three years to review and approve it,” Webb told Nuclear News. “If all goes well, construction on the CFPP could begin at the end of 2025.”

The FSER issued for NuScale’s 50-MWe design indicates that the NRC staff has determined that the plant’s design meets certification requirements. The NRC is planning to issue a proposed rule certifying the design in November. NuScale’s plans to apply for standard approval of a 60-MWe-per-module version of the design will require additional NRC review and further investment by NuScale and its majority investor, Fluor Corporation.