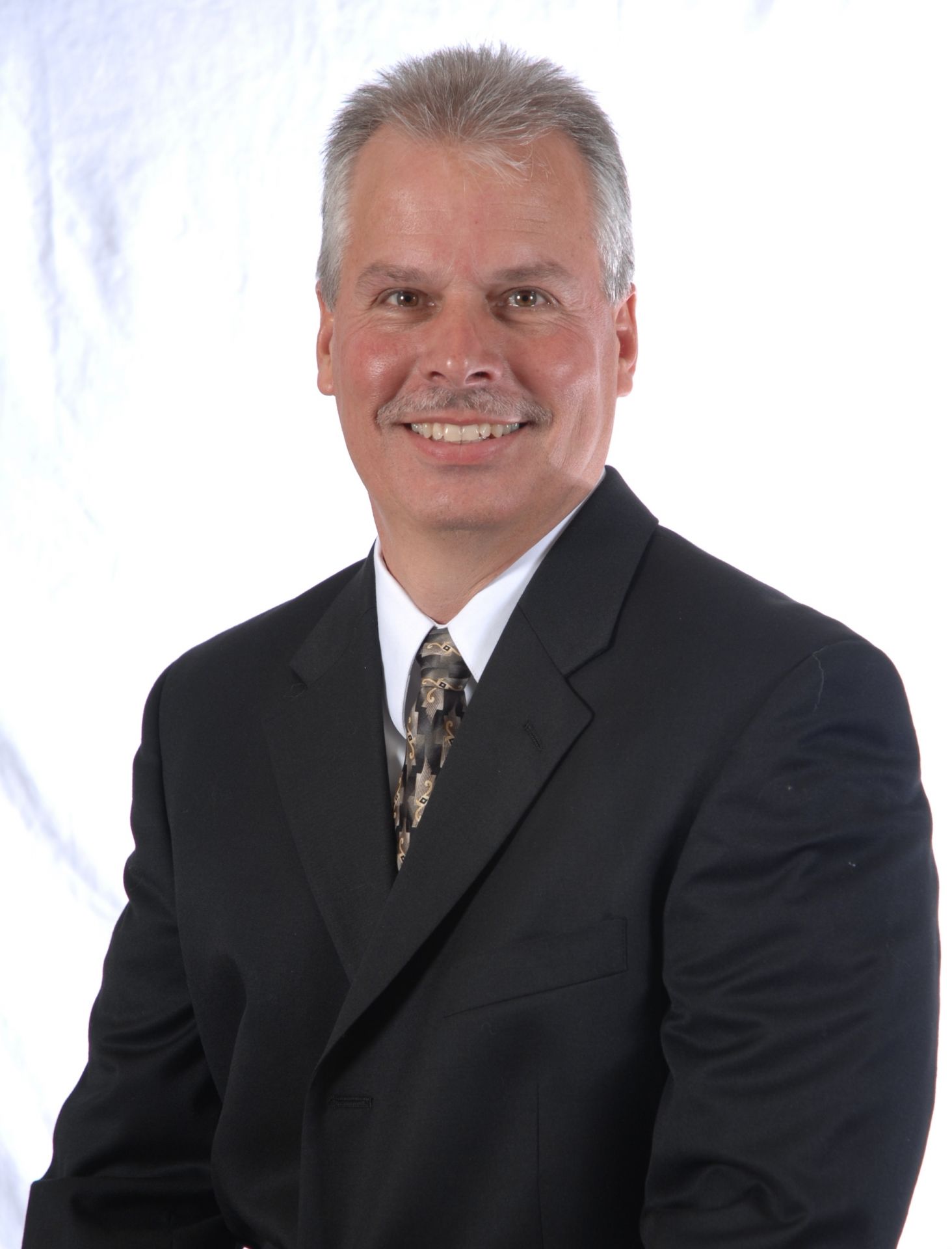 David Gandy, the senior technical executive for nuclear materials at the Electric Power Research Institute, is charged with leading a project to lower the costs and manufacturing time for small modular reactors and advanced reactors. The Department of Energy–funded project is led by EPRI, and its collaborators include the United Kingdom–based Nuclear Advanced Manufacturing Research Center and Oregon-based reactor developer NuScale Power. The testing has focused on producing the upper and lower pressure vessel assemblies for NuScale’s 60-megawatt SMR.

Gandy said that the project team has already produced a 3,650-pound reactor upper head at 44 percent scale and has made other components as heavy as 7,000 pounds. Over the next two years, if the tests still to be conducted are successful, EPRI plans to transfer the technologies to other reactor manufacturers. Gandy expects these new technologies to be available in about five to seven years, once the testing is completed and the necessary approvals are obtained from the Nuclear Regulatory Commission and ASME.

How will advanced manufacturing change from the current methods used for producing nuclear plant components?

One of the new technologies—electron beam welding—should significantly change the way components are assembled and fabricated through welding. The welding technology that is typically employed today uses submerged arc welding, or SAW, which requires dozens of weld passes to complete a large reactor girth weld. The SAW method is what joins together the various sections of a reactor pressure vessel. It commonly takes weeks to complete a job.

With electron beam welding, however, the welds that are being addressed in this project are about 43/8 inches thick and can be completed in one pass. We think we can weld an entire 10-foot diameter, which would be the diameter of an SMR’s pressure vessel, in less than 90 minutes. In fact, it might actually be closer to 60 minutes. Comparing 60 minutes for electron beam welding to two or three weeks for the SAW method, it’s a definite game changer. How is electron beam welding able to cut down so much on time? A close-up view of the RPV shell weld. Photo: EPRI

The SAW method, on the other hand, is typically done with the reactor vessel itself being rotated in the horizontal position while the SAW machine sits in a fixed, downhand position. It can require dozens of weld passes, because only a small volume of weld material can be applied with each weld pass.

What other processes are being developed to cut manufacturing time and costs?

Another process is called powder metallurgy hot isostatic pressing [PM-HIP], which we believe will remove several years off the process used today for making reactor components. The PM-HIP process entails putting powder into a metal capsule, or mold, and it uses high temperatures and pressures to consolidate the powder into solid components. This process produces “net shape” parts, which means that there is much less material that needs to be removed during machining compared with traditional forged components.

Currently, when a utility orders a large component, the job can wait a few years in the queue, because there aren’t many manufacturers out there that can handle a job of that size. When the job moves from the queue to the actual manufacturing, whether it’s a vessel shell or reactor head, it can take another two to five years to complete. However, with the PM-HIP method, it should take only four to six months from the time the order is placed to the completion of the component, which is a very short duration compared with the time it currently takes for major forgings. A reactor head produced at 44 percent scale via PM-HIP. The white spots on the head were used for dimensioning. Photo: EPRI

Would components made by the PM-HIP process be easier to inspect after installation at a nuclear plant?

Yes, a real advantage of the technology is the ability to produce very good inspection characteristics. Some of the welds that are currently used today can be eliminated. It’s ideal for components that have multiple penetrations, such as a reactor pressure vessel head.

Are there vendors available today that can do the PM-HIP process?

There is not a hot isostatic press that is currently available that is large enough to make a 10-foot-diameter component. A company called Stack Metallurgical is looking to install a very large HIP unit, which would be twice the size of anything that is available today. The largest HIP unit in the United States is about 66 inches in diameter, or 5.5 feet. The largest unit in the world is in Japan and is 81 inches in diameter. We’re talking about putting one in that is 140 inches in diameter, which would allow the production of a component on the order of 10 feet in diameter. That’s a significant change in size.

What kind of powder is used in the PM-HIP process?

In the first part of the process, induction heating is used to melt a raw material. For a stainless steel or low-alloy steel powder, various raw materials are mixed together and placed into an induction furnace that essentially sits atop a large gas atomizer. The material is then heated until it’s molten, and it then is flowed through a nozzle that atomizes the metal, converting it to very fine particles, or powder. When it comes out of the atomizer, it cools extremely rapidly, on the order of about 10,000 degrees per second. It forms various fine powders, which are then cooled and are sieved to different diameters. The sizes are then recombined to various amounts of powders, which will be used in the HIP process.

The second part of the process is to build a capsule that is of the geometry of the component that is to be produced. The capsule is then filled with powder and degassed to remove all oxygen, moisture, and other gases trapped inside of it. The capsule is then placed into the HIP unit, and the powder is consolidated under extremely high pressures and temperatures, about 15,000 psi and 2,000°F. To put that into perspective, an automobile tire has 30 psi in it, so we are talking about very high pressures. In the process, the powder fuses together to become one solid monolithic component, similar in nature to a forging.

Can you tell me more about component cladding development?

We are working on that, together with the Nuclear AMRC-UK, with a new technology called diode laser cladding. All reactor pressure vessels have cladding on the inside diameter surface, whether it’s a boiling water reactor, pressurized water reactor, or a small modular reactor. That cladding provides corrosion resistance on the surface of the reactor vessel. Typically, the cladding is applied by submerged arc welding, strip clad welding, or electroslag welding, which are the three different types of technologies that have been used in the past.

We’re looking at diode laser cladding because it allows the cladding to be applied by a robot, which can basically do the welding around the diameter and provide high deposition rates. The key advantage is that it allows a reduction in the overall thickness of the cladding material. Many of the clads we have worked with over the years have probably been on the order of 3/8-inch thick. We believe that we can reduce that by at least half and perhaps more, which would reduce the overall volume of material required. We also believe that there is the potential to produce the cladding without the need for machining of the surface afterward, which would allow for easier inspections and eliminate the need for machining.

What is the scale of the components that are being created for the testing?

The components we’re talking about at full scale would be on the order of around 20,000 pounds. We’re producing these at two-thirds scale, and the reason is that ASME recognizes that if something is made at that scale, it demonstrates capability for full scale.

One of the other key aspects of this project is that we’re trying to make it like a factory environment where we can make all of the components. For example, currently, an entire reactor vessel itself would be fabricated at a large manufacturer and then shipped to the site. Once there, other parts, such as steam generators, would be attached. What we are trying to do is to make this setup where it can all be accomplished in a factory environment and then be placed on the back of a boat or train car and shipped directly to the actual site for installation, without the need to attach any other primary plant parts.

The project is separated into two phases. We’re currently completing Phase 1 of the project, which focuses on the lower assembly, and it should be completed later this year. Phase 2 will focus on the upper assembly. Those are the only two assemblies that we are putting together. The reason behind it is because to demonstrate the technologies that we’re working on, it would be redundant to produce the middle section of the reactor vessel.

When did the project start?

The project was awarded in October 2017. We’ve been at it for more than two years at this point. The overall genesis of the project was started from discussions we had with Nuclear AMRC engineers in the United Kingdom. They are responsible for the electron beam welding in this project, while EPRI is taking the lead on the PM-HIP part of the project. Essentially, a lot of people were thinking about and talking about advanced manufacturing technologies, but no one was rolling up their sleeves and doing demonstrations about how to bring some of these technologies to the market. So we decided that there were some major technologies that we wanted to demonstrate. We initiated the project with funding shared between Nuclear AMRC and EPRI. As we got involved with the project, NuScale Power said that it wanted to be engaged in it. Then the DOE got involved and helped fund it on a larger scale.

What is the end date for this project?

Phase 1 is due to be completed this year. Phase 2 will require an additional two years to complete. The keys to this project are to reduce the overall schedule and cost for the way we build reactor pressure vessels today. We simply cannot continue building large components at large cost and be competitive with other power-­generating technologies.