Over the Top! A Friday Matinee + Tech Blast 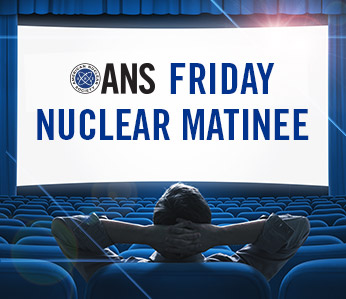 Our latest Friday Matinee video is a fascinating time-lapse produced by Georgia Power to show the entire process of installing one of the two steam generators at its Plant Vogtle expansion.

These huge, one-and-a-half million pound pieces of equipment are shipped by rail on special multi-axle cars in order to spread their weight and prevent damage to railroad track.  At the site, they're moved around on special crawlers.

In the video (filmed on August 24) one of these steam generators is shown as it is lifted and installed in the containment building; two such steam generators flank the centrally-located reactor inside this structure.

In the video, we see initially the steam generator being lifted by a large crane.  At 0:32 in the video we see two silver components on the bottom of the steam generator; these are the volutes for the main coolant pumps which move (highly purified water) coolant through the steam generator - and to and from the reactor.  The pump impellers inside these volutes will be driven by large "canned rotor" electric motors that will later be attached to the bottom of the volutes; the motors are upside down, so to speak, but are designed to be.   The covered holes on the sides of the pump volutes are the pump discharges, or outlets; coolant enters the pumps from the top.

("Canned rotor" means that the motor casings themselves are welded right onto the pump volute, instead of having a sealed motor with a drive shaft protruding from it and going through another seal into the pump.  This design requires some extra engineering but it prevents having any coolant leakage from these extremely important and hard-to-access pumps.  See "Pump Primer" below!)

"Over the Top" - the title of this post - refers to the method of installation of these large components.  In some earlier plants these were installed only after the containment was complete; in others, they were installed at a lower level of completion of the containment.  The "over the top" method was developed to ease and speed construction; it literally means lifting the large components over the top of a mostly completed containment wall structure.

Soon, Georgia Power should be coming out with another in its excellent series of "Vogtle Timeline" videos.  In case you haven't seen it, below is the previous timeline video showing progress of the Vogtle expansion through April 2018.

The earliest pumps for pressurized water nuclear plants (like those built for the Navy, and Shippingport Atomic Power Station) were the "canned rotor" type where the pump's electric motor is encased in a can attached right to the pump volute. 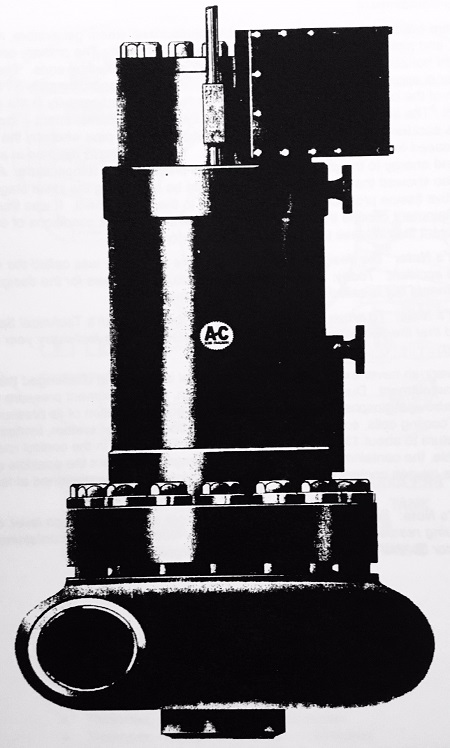 This Allis-Chalmers canned rotor nuclear main coolant pump was built for the NS SAVANNAH. Note that the motor casing is directly attached to the bolting ring for the pump. 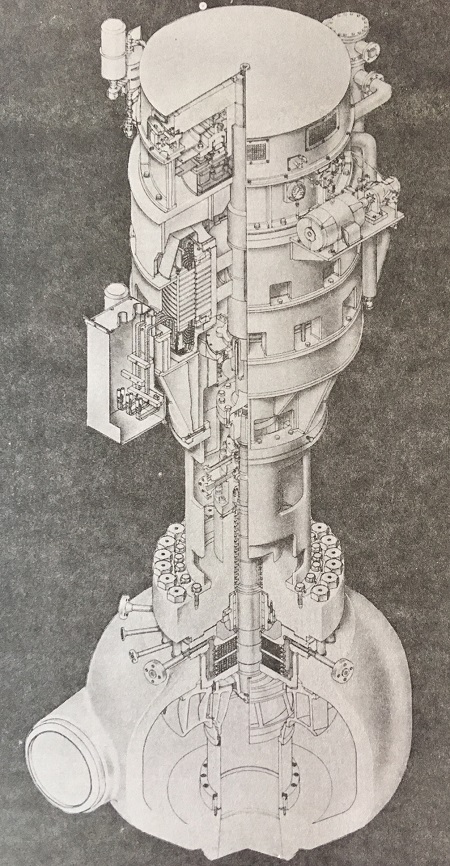 The rapid growth of nuclear plants led to a rapid increase in the size and power of pumps for PWR plants. This pump (depicted in WASH 1082, "Current Status & Future Technical & Economic Potential of Light Water Reactors, US AEC 1968) shows a large typical PWR pump of that time. Pumps were over 5000 HP by this point, and the largest offered later would be over 10000 HP. Note the complex nature of this machine with the electric motor well above the pump volute.  In such designs, the motor is typically lubricated by oil. 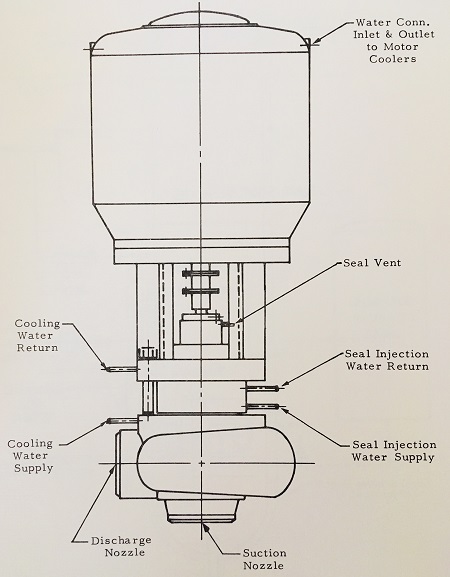 Babcock & Wilcox PWR plants used a more compact design - but a design nevertheless which separated the motor and pump casing. The "Seal Injection Water" seen here is used to seal the pump against leakage; the principle is that if you pump water into the seal at a higher pressure than the coolant system, no coolant can leak out of the system into the containment through the seal. It can also be seen here that this motor is water cooled. 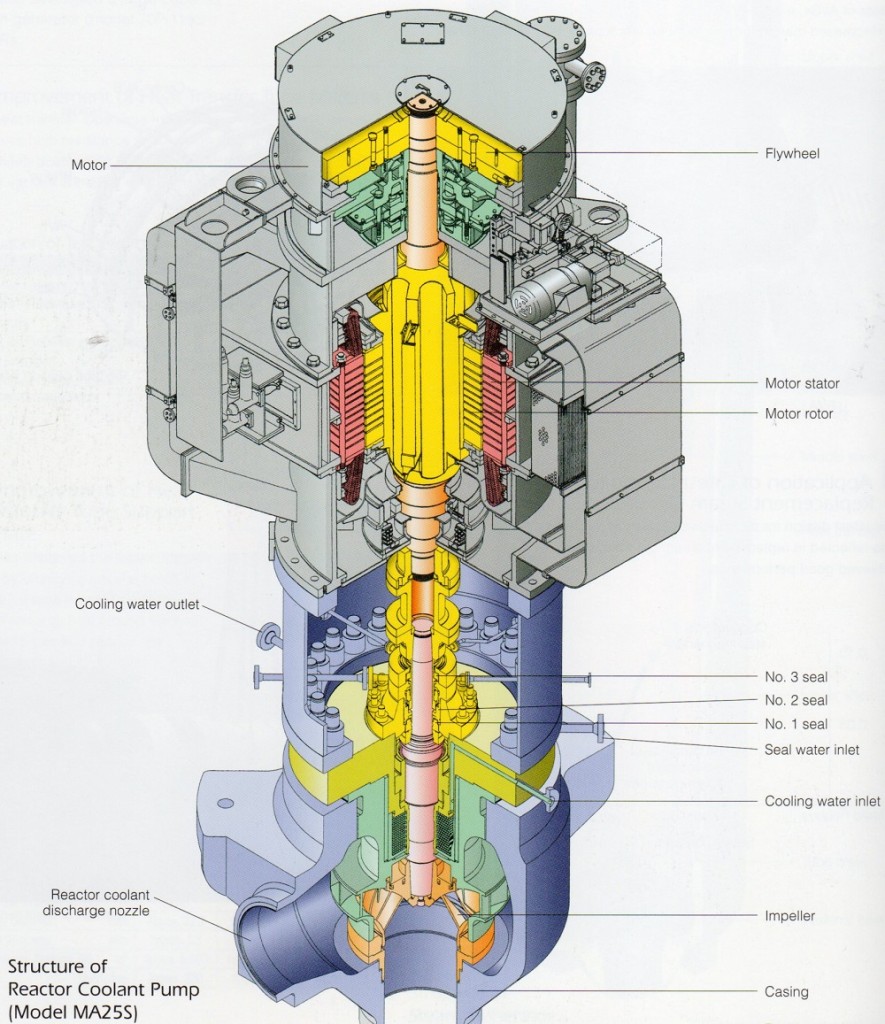