Several years ago I attended a nuclear chemistry conference. The conference, overall, was intriguing but I particularly remember a speaker from a world-renowned laboratory that gave a talk on the future of nuclear medicine. His lecture covered a wide range of new and exciting isotopes - isotopes that have the power to safely destroy tumors into nothingness - isotopes that could potentially extend the life of terminally ill patients.  These were medicines on the verge of federal approval, capable of eradicating cancerous tissue in pre-clinical trials. Producing these amazing cancer-fighters would normally suffice for a good, professional story on its own. But there was one isotope that wasn't in his domain, and he knew everyone was thinking about it. Towards the end of his presentation:

Even if your isotopes cure cancer, you still can't talk about nuclear medicine without bringing up Mo-99.

Molybdenum-99 (aka Mo-99, moly99, moly) doesn't cure cancer. In fact, Mo-99 isn't even the isotope that's administered to patients. Rather, Mo-99 gives beta-decay birth to another isotope that covers ~80% of all nuclear medicine. This translates into millions and millions of procedures every year. You either know someone or at least have been around someone that's had this radioactive beacon flowing through their blood: Technetium-99m - moly99's daughter. When properly masked, Tc-99m becomes a medicinal workhorse that has the power to diagnose some of the most lethal diseases out there, particularly heart disease. It's a quick, non-invasive procedure that provides results within a day's notice. 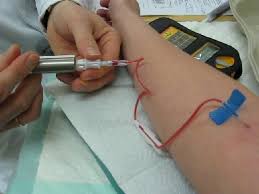 Note the shielded syringe and the radiation meter.

But there's a story with Mo-99 that involves a volcano. Most of the world's supply comes from the NRU reactor in Ontario, Canada. In 2009, the 53-year-old reactor was downed for repairs which, normally, isn't a deal-breaker. When Mo-99 doesn't come from Canada, reactors in Europe or even South Africa usually pick up the slack. But in April 2010, the Eyjafjallajökull volcano in Iceland erupted spreading ash across most of the northern hemisphere. The concentrated ash grounded most trans-Atlantic flights - including the flights that were supposed to deliver the short-lived Mo-99 to thousands of hospitals in North America. It also didn't help that the next largest supplier of Mo-99 (located in the Netherlands) was suffering an unexpected outage at the same time. These factors combined to hit the U.S. with a major shortage - patients had to be rescheduled, doctors had to use less of what they had, and some even reverted to sub-par replacement isotopes. It wasn't pretty, especially since people's lives were at stake.

Enter physics. Nuclear medicine usually operates on the premise of radioactive isotopes that come with an expiration date; Tc-99m has a half-life of only six hours. A six hour half-life doesn't leave much room for producing, purifying, delivering, double/triple checking a medicine that's about to be injected into someone that just had a heart attack (unless we're talking local distributions which is also under R&D). This is why industry normally chases after the longer-lived parent Mo-99 and its 66 hour half-life. It's a strange analogy, but Mo-99 is best thought of as a cow. If you're in the business of selling milk, it makes sense to buy a cow and milk it over time. Cows can be transported almost anywhere and milked at the right time - just like Mo-99 for her milk: Tc-99m. As they currently stand, most Mo-99 cows last only a couple of weeks for most hospitals.

Back to the story, the 2010 incidents really shed light on the importance of Mo-99. Shortages like that were unacceptable. Even before 2010, the DOE was set with the goal to help incubate a domestic, market-friendly company that could fill the needs of every hospital from coast to coast without relying on foreign reactors. But there was a caveat here: the orders needed to be filled without using highly enriched uranium (HEU). Everything else being equal, HEU has the ability to produce way more Mo-99 than it's more proliferation-safe cousin: low enriched uranium (LEU). If this were a video game, the difficulty level was set to hard mode. 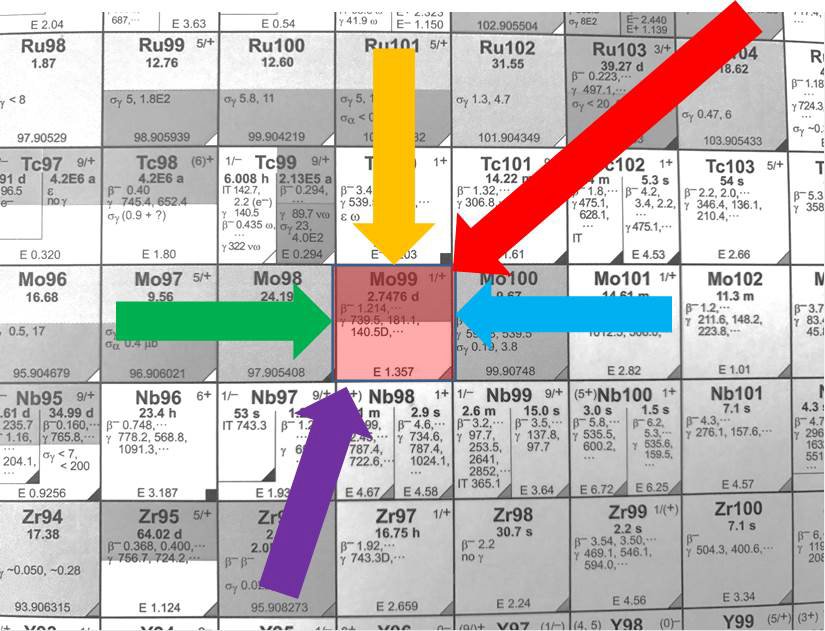 Many roads lead to Mo-99, but which is the best?

There are ways, of course, to produce fair amounts of Mo-99 using LEU or even without uranium at all. The U.S. has always had its eyes on Mo-99 and there was even a congressional push in 2008-2009 to begin domestic production with the help of the DOE. There are two companies in Wisconsin. There's one in Michigan. I think there's still one in Florida, another in California. Startups in Missouri and Oregon are in the race too. The point is that it's competitive: some receive DOE support, others do not, and some startups no longer exist. The goal was to have a fully operational and profitable company cranking out domestic Mo-99 by at least 2016. That year was important because the leading Canadian producer that I mentioned earlier (NRU) was supposed to be decommissioned by then. But recognizing how vital that isotope is to people's health, as well as recognizing that the U.S. startups aren't quite there yet, the NRU reactor has offered to serve as a Mo-99 backup in the event of another emergency shortage until 2018. At the age of 60 years young, that reactor has more than fulfilled its duty and is looking to retire.

Here we are in 2017, the DOE national laboratories and universities are full steam ahead on Mo-99 R&D but our moly still comes from reactors abroad. Some U.S. companies have broken ground, others are slowly getting NRC approvals, but no domestic production yet. And many of the original NNSA Mo-99 representatives have moved on to other projects. I even heard one of the younger pioneers traded in the Washington, D.C. business suit for a swim suit and now teaches science somewhere in the Bahamas.

Many questions are still looming over the future of this isotope that's injected into thousands of patients per day. The policies, subsidies, and business models surrounding domestic Mo-99 are just as colorful and complicated as the hexavalent oxidation state and hydroxamic complexes of molybdenum in a test tube. Sorry, it needed science.

It wasn't more than two years ago that a co-worker of mine was injected with Moly99's daughter Tc-99m. When you work somewhere long enough, you're able to blindly identify someone by their footsteps as they walk down a hallway. But when a co-worker is flowing with a couple hundred mili-Curies of Tc-99m, you can recognize them in a different way: radiation monitors around the building go berserk. As the sensors in our lab pinged all the way to right in his gamma-potent aura, it was a reminder that this isotope matters - not just for co-workers, but for friends, loves ones, and millions of people each year. An enormous responsibility is put on today's (and tomorrow's) nuclear scientists/engineers to keep the Mo-99/Tc-99m story alive.