Last month, the Nuclear Regulatory Commission finally released Volume 3 of the Safety Evaluation Report (SER) for the Yucca Mountain nuclear waste repository. This volume covers the post-closure evaluation of the repository, and includes all of the analyses that show that the repository will meet the stringent waste material containment requirements over the evaluated one million year period. Other volumes, which cover other areas of repository design (e.g., surface facilities, etc..), have yet to be released.

As expected, the NRC's technical staff concluded that the repository will meet all of the requirements. Anticipating this positive outcome, Nevada Senator Harry Reid and the Obama administration had frozen the NRC licensing process for years, and blocked the release of SER Volume 3, for purely political reasons. Victorious court challenges by Yucca proponents were required to force the continuation of the licensing process and the eventual release of SER Volume 3.

Release of the post-closure repository evaluation does not mean that the repository is through with the licensing process, or that its construction will begin any time soon. The NRC still has to approve and release several other SER volumes, covering various other aspects of the repository design (although no real, scientifically controversial issues in those areas are expected). Even after the release of all volumes, a lengthy public hearing process will ensue, and multiple legal challenges are expected.

Another issue is the fact that, although the NRC has stated that the repository would be safe, the Obama administration remains opposed to the repository, and the Department of Energy is no longer a willing applicant. Funding for continuing the process is also in question. Sen. Reid had been successful in blocking such funding, although now that he is no longer Senate Majority Leader, his continued ability to do so is in question. Given the difficulties with funding and lack of cooperation by the DOE, many think that continued progress will be slow and difficult.

For the above reasons, I've heard people deeply involved with the project still say that they doubt they will be the repository built "within their lifetime." Others believe that, despite the NRC's determination of safety, Yucca will never be built because its ~$100 billion price tag is too high, and other potential repositories (e.g., salt domes) would be far less expensive.

As I've often argued, however, even if the Yucca project were not to proceed, this NRC ruling is extremely significant, because it formally and conclusively demonstrates that we have a viable technical solution to the nuclear waste problem. It may not be the best solution, or even the one we end up choosing, but it is *a* solution. A viable, acceptable, technical solution.

A significant amount of the public's lack of support for nuclear power stems from the fact that many of them continue to believe that there is no technical solution to the nuclear waste problem (and that it is the only waste stream for which there is no acceptable disposal solution). Nuclear opponents have taken advantage of this mindset, and have relentlessly repeated the message that "we have no idea what to do with the waste." It has been one of their most effective arguments.

The fact is that whatever fuel cycle and waste management path we choose, the overall public health and environmental risks will be very small, and the overall costs will not significantly affect nuclear power's overall cost. The most significant impact that nuclear waste management has had on nuclear power is the reduction in public support due to the continued lack of resolution concerning disposal. This in turn has indirectly led to increased cost (through excessive regulation) and a reduced number of nuclear projects. 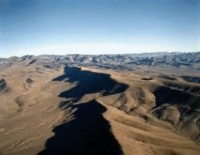 Given this, even if we do decide to take a different path (than Yucca), we cannot afford to let the public continue to think that there is "no solution" for another several decades. If we abandon Yucca, and "go back to the drawing board," there is a good chance that it will reinforce the public's (false) notion that there is no scientific/technical solution to the problem. Their reaction will be "Look, they've given up!" And yet, many in the industry itself are advocating that we basically do just that. In my view, if we do that, we need to send a very clear message that we have an acceptable, viable solution (Yucca), but that we're voluntarily pursuing an even better solution.

In any event, it is clear that the public needs to be made aware of the NRC's decision. It needs to be made very clear that a viable, technically adequate solution to the nuclear waste problem has been found, period. This should remove much if not most of the public opposition stemming from continued lack of resolution of the nuclear waste "problem." That would allow us to spend more time, if necessary, developing "better" solutions.

Reactions to the NRC report

Unfortunately, the NRC's release of SER Volume 3 has not received significant media coverage (outside the industry press). The presence of many other events and issues that are going on, including the election, have contributed to it. The only article by a major paper published soon the after NRC's release of the SER volume was this article by the New York Times. After some delay, a couple more articles or editorials (such as this one by the Boston Globe) made reference to the NRC ruling, in support of continuing the licensing process.

After the election, there have been many more articles talking about improved prospects for Yucca Mountain, but they are all in the context of the Democrats losing the senate, and Harry Reid losing his position as Senate Majority Leader, and therefore some of his ability to block the project. The NRC's release of SER Volume 3 and its judgment that the repository meets all the stringent technical requirements is not mentioned.

This is unfortunate in a couple of ways. Not only do all these articles not inform the public about the NRC's technical determination, but it characterizes the situation strictly in terms of politics. That is, Yucca will go forward not due to technical merit, but because project supporters now may have the political power to push it through. The stories do not give the public any (increased) sense that the issue has been technically solved.

Given all the above, it's clear that nuclear supporters have their work cut out for them with respect to public communication on this issue. It appears that the news media is not going to help us get the word out, so we are going to have to do it ourselves. My observations are also that, as expected, nuclear opponents are completely ignoring the NRC's ruling and are continuing to repeat the mantra that "there is no solution" to the nuclear waste problem.

I would encourage American Nuclear Society members to do anything they can to get the word out to the general public about the NRC's very important determination that the Yucca repository would meet all the (very stringent) technical requirements. Give public talks. Write a letter to your local paper. Let's try to get people on TV somehow. Would it be too much of a stretch to ask if the industry should run ads.....?

The message should be simple. The nuclear waste problem has been technically solved, period. Don't let anyone tell you otherwise. We have shown that at least one site, Yucca, has met all the technical requirements. Problems and delays with getting repositories sited are purely political. We may decide to pursue what we believe are better options, but we know that we have an adequate technical solution.

For extra credit, we could point out that, if anything, the nuclear waste "problem" is the most solved waste problem, from a technical perspective. It is the only waste stream for which detailed proof that it will remain contained for as long as it remains hazardous has been required. For most, if not all, other waste streams, we have nowhere near that level proof or assurance. That nuclear waste is unique in terms of posing a long-term hazard is a myth. It is the standards and requirements that are unique, not the hazard or longevity.

Many wastes (including those from nuclear's fossil competitors) are simply dumped/emitted directly into the environment. Those that are buried are vastly larger in volume, generally have a harder to contain physical/chemical form, and are disposed of with infinitely less care and expense. For those reasons, many if not most of mankind's other waste streams pose a far greater hazard, now and over the very long term (thousands of years into the future). It is more truthful to say that it is other waste streams that have no viable technical (or economic) solution.

The fact is that despite repeated suggestions to the complete contrary, nuclear waste is the most impeccably and conscientiously managed waste stream. It is generated in tiny volumes and has always been safely and completely stored. It has never hurt anyone or had any measurable public health impact. Its disposal is held to the most stringent standards of any waste stream in history, and now it's been shown (with Yucca) that those impeccable requirements can be met. Frankly, waste stream issues should be one of the main arguments in favor of nuclear. How can we get that message out?

Jim Hopf is a senior nuclear engineer with more than 20 years of experience in shielding and criticality analysis and design for spent fuel dry storage and transportation systems. He has been involved in nuclear advocacy for 10+ years, and is a member of the ANS Communications Committee. He is a regular contributor to the ANS Nuclear Cafe.