This generation mark has been set with safety and efficiency, as well as adherence to the core principles of the organization's Excellence Model. The Columbia Generating Station has operated more than 4.5 years without an unplanned shutdown, and Energy Northwest has surpassed 14 million work-hours without lost time due to injury.

"This performance is a testament to the organization's alignment to the Excellence Model and commitment to fixing plant equipment and demonstrating the right behaviors," said Brad Sawatzke, vice president of nuclear generation, in a message to employees. "Most importantly, the team reached this milestone while performing safely in the areas of nuclear, radiological, industrial and environmental safety."

In a broader context, the 100 commercial nuclear energy reactors operating in the United States have continued to maintain their overall share of U.S. electricity generation through great improvements in efficiency and performance over recent decades, as well as massive additional capacity added through power uprates-for more on uprates in detail see Nuclear power uprates: what, how, when, and will there be more? at ANS Nuclear Cafe.

For more on the story see Energy Northwest near Richland sets new megawatt record. For more on Columbia Generating Station at ANS Nuclear Cafe see this Nuclear Matinee double-feature from February of this year. 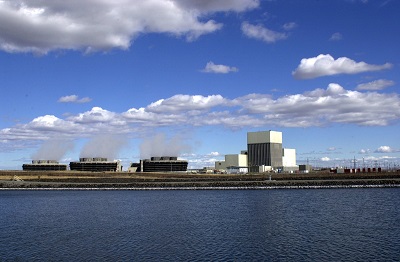 Energy Northwest develops, owns, and operates a diverse mix of electricity generating resources, including hydro, solar, and wind projects-and Columbia Generating Station (pictured above), the Northwest's only nuclear power plant. These projects provide enough reliable, affordable, and environmentally responsible energy to power more than a million homes each year, and that carbon-free electricity is provided at the cost of generation.

Laura Scheele is a Senior Public Affairs Analyst and Member Relations Manager at Energy Northwest, a not-for-profit joint operating agency headquartered in Richland, Washington. She is an active board member of the ANS Eastern Washington Local Section.

The Nuclear Innovation Alliance (NIA) has followed up its report, Advanced Nuclear Technology: A Primer, published last month, with the release of two new reports on the subject—one for...

The Department of Energy has put two reactor designs—TerraPower’s Natrium and X-energy’s Xe-100—on a fast track to commercialization, each with an initial $80 million in 50-50...