Food Irradiation Can Save Thousands of Lives Each Year

The Centers for Disease Control and Prevention (CDC) estimates that 1 in 6 people get food poisoning each year in the United States and that 3000 die from foodborne illness. Food irradiation can drastically decrease these numbers by killing harmful bacteria such as E. coli and Salmonella in meat and produce. The U.S. government endorses the use of food irradiation, but does not educate the public about its benefits. Food irradiation has not caught on in the United States because consumers fear that radiation will mutate the food. The U.S. Food and Drug Administration (FDA) requires a label (pictured below) for any food that has been irradiated. 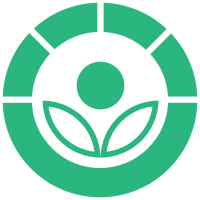 Food irradiation works by bombarding food with gamma rays, electron beams, or x-rays. Radioactive elements, such as cobalt-60 and cesium-137, emit high-energy photons or gamma rays that penetrate food. This type of radiation technology has been used routinely for more than 30 years to sterilize medical, dental, and household products, and it is also used for radiation treatment of cancer. Because the elements used do not emit neutrons, they do not make anything around them radioactive. Electron beams, or e-beams, are a stream of high-energy electrons propelled out of an electron gun and have been used as medical sterilizers for at least 15 years. X-ray irradiation can also be used for food irradiation and is a more powerful version of the machines used in many hospitals and dental offices to take X-ray pictures.

Irradiation does not change the nutritional value of the food, nor does it make it radioactive or dangerous to eat. This has been proven by numerous studies by the FDA and other national and international organizations. In fact, it is very difficult to distinguish if a food product has been irradiated or not. The high-energy particles kill bacteria, but do not alter the vitamin or nutritional content of the food. It still tastes and cooks the same and can even have a longer shelf life. Food irradiation can also be referred to as "cold pasteurization" because it kills bacteria through the use of radiation instead of heat as in traditional or hot pasteurization. Learn more about the process of irradiation and its effect on food on the CDC website and on Nuclear Connect.

In a recent article in the Washington Post, Michael T. Osterholm, director of the Center for Infectious Disease Research and Policy at the University of Minnesota, blames an "anti-science movement" for public resistance to food irradiation. Osterholm says that, "Not using irradiation is the single greatest public health failure of the last part of the 20th century in America."

As mentioned before, the United States already uses irradiation to clean medical equipment and other consumer products. Spices are commonly irradiated and the practice is growing for imported fruits and vegetables. Americans are already eating much more irradiated food than they realize because irradiated ingredients in processed foods do not need to be labeled.

Irradiation advocates have fought to remove the label because it does not change the food, while other treatment processes such as chemical washes for chickens and fumigation for strawberries do not require labels. The word "irradiation" scares consumers because they are unfamiliar with the technology.

The United Nations Food and Agriculture Organization estimates that 25 percent of the world's food supply is lost every year due to pests and bacteria while people die of hunger. Hundreds of millions of people worldwide are affected by diseases caused by contaminated food. Irradiation using radioisotopes has proved effective in controlling pathogenic bacteria and parasites in food products and can make our food safer and last longer.

Lenka Kollar is the owner & editor of Nuclear Undone, a blog and consulting company focusing on educating the public about nuclear energy and nonproliferation issues. She is an active ANS member, serving on the Nuclear Nonproliferation Technical Group Executive Committee, Student Sections Committee, and Professional Women in ANS Committee. Connect with Lenka on LinkedIn and Twitter.