There has been an increasing amount of press lately about the growing number of nations on the African continent interested in exploring the benefits of nuclear energy. South Africa has led the way in this realm, having had operational nuclear power for many years. Kenya plans to follow next. 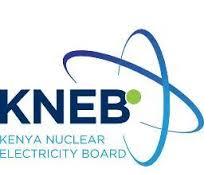 Interest in nuclear energy in Kenya began to take formal shape in 2010 with the formation of the Nuclear Electricity Project Committee (NEPC) whose purpose was to fast-track the development of nuclear power in Kenya.  NEPC also launched a modern and well-thought-out public information campaign using the internet and social media. In 2012, NEPC became the Kenya Nuclear Electricity Board (KNEB), which is a statutory body taking the next steps in developing not only nuclear energy but also an independent regulatory body. The excellent communications of the previous NEPC have been expanded and improved by KNEB, so that the public is educated about the benefits and technical demands of nuclear energy. In the establishment of its program, Kenya is proceeding in accord with the general International Atomic Energy Agency guidelines on the development of nuclear energy.

In pursuit of its goal, Kenya has sent a number of highly qualified students to study nuclear engineering at Korea Electric Power Company's KEPCO International Nuclear Graduate School (KINGS), located in the Kori nuclear power complex in South Korea. Kenya has recognized the challenge of training people in its own country, which has yet to establish a nuclear regulator or industry, and has sent students to a number of places around the globe as a key element of the establishment of a nuclear industry.

Why nuclear for Kenya?

Data at the KNEB site tells us that not only Kenya's but Africa's overall power demand is increasing, and expected to continue to do so. Kenya, for example, expects that its sweeping, nation-wide power modernization program will enable rapid growth to a level of perhaps just under 17,000 MWe by 2031. To meet the growing demand, Kenya hopes to have its first 1000-MWe nuclear unit online around 2022, with additional units in 2026, 2029, and finally in 2031. KNEB's site also illuminates a greater benefit: "It is further noted," the site observes, "that the introduction of nuclear electricity into the grid is justified by the growing demand for huge power within the Eastern Africa Power Pool (EAPP) whose objective is to create a common market for power in the East African region."

And as to why the nation is pushing so aggressively with nuclear-well, let's just check the KNEB's website, because its writing is eloquent: 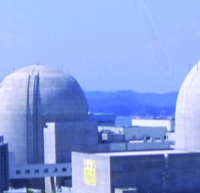 "Nuclear energy is the best way to produce safe, clean, reliable base load (at a constant supply) energy. Both nuclear and other renewable sources of energy such as wind, solar, and geothermal plants could play a major role, as the reduction of carbon emissions becomes a higher priority.

The problem is that no 'renewable' source has been demonstrated to have the capacity to provide the 'base-load' amounts of power needed to replace large fossil fuel plants. Wind power, for example, may be an excellent choice for sparsely populated rural economies, particularly if they lack modern electrical infrastructure; on the other hand, it seems unlikely that wind power will be able to support the electricity needs of tomorrow's mega-cities."

Kenya has decided on a stable power supply-one that also boosts local economies, encourages (and indeed demands) a rigorous educational establishment, and that can drive economies and ensure stability.

Recently, ANS Nuclear Cafe had the chance to ask Joe Mwangi, technical officer for the KNEB and presently a student at KINGS, some questions about a recent announcement of graduation ceremonies from KINGS that included some Kenyan students, as well as about other aspects of the program that provide some insight.

ANS Nuclear Cafe: Can you tell us about the recent graduations from KINGS?

Mwangi: Since KINGS is a new school, the recent graduation was a first-of-its-kind event that happened at the school, after the first group of students were trained for two years, and there were six graduates from Kenya. KINGS admission requires that applicants are working in energy-related fields in their respective countries, and hence the Kenyans came from Kengen (utility), Kenya Power (distribution), Radiation Protection Board (radioactive waste regulator)-two graduates from each company. The Kenyan group members have undergraduate qualification in electrical engineering, mechanical engineering, and physics.

ANS Nuclear Cafe: What has the experience at KINGS been like for you so far?

Mwangi: My personal experience at KINGS has been great, starting from my first year-currently I'm in year two. I have gained knowledge on system engineering, nuclear power plant (NPP) systems, NPP technology, fundamentals in NPP engineering, and deployment. As such, this will give me a variety of options during my second year in selecting projects and management courses that will give me a hands-on experience in the field of nuclear power.

ANS Nuclear Cafe: What is KNEB's long-term commitment to using KINGS in the future?

Mwangi: KNEB's commitment with KINGS is to train about 100 nuclear engineers, since they comprise about 5 percent of the work force in a nuclear plant, and also in the setting up of an expert work force in the regulator (a bill is being drafted to set up one). There are plans to offer technical training in other fields to diversify the work force.

Mwangi: KINGS has established nuclear power plant (APR1400) simulators in which students get training, but in terms of hands-on experience at the local NPPs, they're given tours to understand various projects that are undertaken in construction and planning of such NPPs. Also visits to radioactive waste management facilities are undertaken, together with national energy generating facilities other than nuclear.

ANS Nuclear Cafe: What convinced KNEB to use KINGS as an educational institution to help launch Kenya's nuclear energy program?

Mwangi: Kenya and the Republic of Korea have had a long-term relationship and hence this was a way of commitment by both states in strengthening their partnership. There are also various international member states with whom MoUs (memoranda of understanding) are being considered as a way of diversifying avenues in collaborating on Kenya's nuclear power program.

KNEB has established review teams to study other nations' nuclear regulators, and is proceeding with complete cooperation from the IAEA. Its goal is to develop both robust legislation covering the operation and regulation of nuclear energy, and (as we've seen) to begin to bring home the newest, best nuclear trained talent in the world to give birth to its nuclear energy future. As the program develops, ANS Nuclear Cafe will keep abreast of developments and report on them occasionally and when important developments occur.

THANKS to the Kenya Nuclear Electricity Board, and to Joe Mwangi in particular for making this article possible.