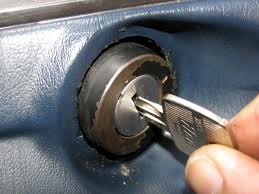 The twin 1100-MW nuclear reactors (Units 2 & 3) at Southern California Edison's (SCE) San Onofre Nuclear Generating Station (SONGS) that have been shut down since January 2012 will take different paths to a decision to restart each of them.

On October 3, Southern California Edison submitted a response to the Nuclear Regulatory Commission's confirmatory letter, and a restart plan for Unit 2.

The utility said, however, that it won't submit a similar response and restart plan for Unit 3 until mid-2013.  In late August SCE said it would remove the fuel from Unit 3, a clear signal that any restart plan for it is well down the road.

(The documents submitted by the utility to the NRC are online at http://www.songscommunity.com )

No timetable for review

The NRC said in response that there is no timetable for review of the restart plan for Unit 2. NRC Chairperson Allison Macfarlane told Reuters on October 4, "Our inspections and review will be painstaking, thorough, and will not be rushed."

NRC Regional Administrator Elmo Collins said on October 9 that the restart plan could require an amendment to the Unit 2 reactor operating license, a process that could last months or even years.

Anti-nuclear groups have pressed the NRC to address the restart plan with a license amendment. The groups claim that the utility should have asked for the license amendment in the first place when it installed the steam generators.

NRC's Collins also said that the NRC is still considering penalties against SCE over the generator issues.

Three weeks after the technical response to regulators proposing to restart one of the reactors, the California Public Utilities Commission (PUC) voted unanimously to consider whether or not ratepayers should pay for repair costs and the additional costs of replacement power.

The review could take several years. By the time the PUC makes up its mind, mid-to-late 2014, both reactors could be back in revenue service.

PUC Chairman Mike Florio said that prior rate reviews are not predictors of how the agency will deal with SCE. He said that "serious errors" have been made by the utility, and he added that the PUC might take preliminary action to reduce rates and/or order refunds sometime in early 2013.

SCE said last July that restart of Unit 2 would cost $25 million in addition to the $48 million it had spent since January on inspections and repairs. Also, it had, as of July, paid out another $117 million to buy replacement power while the reactors were out of service.

These costs have increased since then. The LA Times reported on October 4 that replacement power costs had climbed to $142 million.

SCE has said that it will seek to recover the costs of the prolonged outage from insurance and from Mitsubishi, which supplied the steam generators used at San Onofre. The Japanese firm has denied that a computer error in the design phase of the steam generators was to blame for excessive tube wear.

Both reactors were safely shut down in January 2012 after excessive wear was discovered on the tubes in the almost-new steam generators.

SCE said in its response to the NRC Oct 3 that the tube wear was caused by a phenomenon called "fluid elastic instability", a combination of high-steam velocity and low-moisture conditions in specific locations, combined with the impacts of ineffective tube supports at the same locations.

The damage to the tubes in the steam generator at Unit 3 was more extensive than at Unit 2.

One of the root causes of the troubles with the steam generators is that a computer model developed and used by Mitsubishi significantly underestimated key factors involving the flow of steam through the units.

SCE said on its website, "The Nuclear Regulatory Commission (NRC) determined that computer modeling used during the design phase by the manufacturer, Mitsubishi Heavy Industries, under-predicted the thermal hydraulic conditions in the steam generators which contributed to the unstable tube vibration. The unstable tube vibration caused the unexpected wear in the steam generators."

SCE's restart plan for Unit 2 calls for the utility to operate it at 70 percent power, which SCE says will prevent the vibration-causing environment by decreasing steam velocity and increasing moisture content. After five months, SCE will shut down Unit 2 to inspect the steam generator tubes, to confirm that this solution is working as anticipated.

SCE Chief Nuclear Officer Pete Dietrich told the Associated Press on October 4 that the restart plan "is not an experiment." He said the utility has conducted 170,000 tube inspections and has held technical reviews with independent experts to evaluate the situation.

With regard to Unit 3, Dietrich said that Unit 3 has significantly more of the excessive wear on its steam generator tubes. He told the LA Times that it would be "next summer" before SCE is ready to propose a restart plan for it.

David Lochbaum, of the Union of Concerned Scientists, was less strident, however, in expressing his opinion. He said that although he is not convinced that the 70 percent power level for Unit 2 is the right number, he recognized that SCE planned to install better monitoring equipment.

On October 10, the NRC's Collins rejected Gundersen's harsh characterization of the restart plan. He said, "It is far from a done deal. We will take the time we need. We do not experiment with safety."