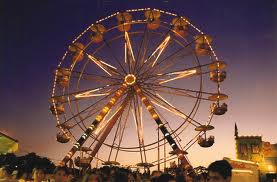 The weekly Carnival is the collective voice of blogs by many of the Internet's foremost nuclear experts and advocates, who continue each week to tell the story of nuclear energy around the World Wide Web.

Hearing on disposal of surplus weapons-grade plutonium via MOX fuel caused a stir in Chattanooga.

Wading into the "nuclear zombie" horde

Steve Skutnik at The Neutron Economy posts a "nuclear zombie" survival guide prior to the Chattanooga hearing on disposing of surplus weapons-grade plutonium in MOX fuel, including the most important rule: always remember the double tap (especially for certain "zombie" arguments that just won't die).

Mixing it up over MOX - a wrapup of from Chattanooga

Following the dust-up in Chattanooga over the use of surplus plutonium for use in MOX fuel, Steve Skutnik gives his account of the meeting highlights, including some of the more specious arguments employed by opponents. Despite the no-show of "nuclear zombies," there was plenty of necromancy at work with respect to some of the arguments being made against destroying plutonium in MOX fuel.

Plutonium Power for the People

Rod Adams at Atomic Insights writes that one of the biggest threats to the continued wealth and power held by the global fossil fuel industry is a "plutonium economy" fueled by abundant resources of uranium that can be converted into fissile plutonium.

Today, this propaganda machine continues working to stoke fears of plutonium, because the material is still a threat to the prosperity of the fossil fuel industry. Instead of using former weapons material in conventional reactors in the form of mixed oxide (MOX) fuel, people opposed to the use of plutonium would prefer this valuable, energy-dense material to be encapsulated into glass logs and buried deep into the earth's crust, where even our smarter future generations might have trouble getting to it.

After all, the law of supply and demand tells suppliers that they can make more money when supply is tight; that situation drives prices higher to levels well above the cost of production.

The River and the Rhetoric--Who Speaks for the River

The River, the Shad and the Water Permits describes the record shad run on the Connecticut River this year (one million fish!). The post includes a video clip of Arnie Gundersen saying that there are only 16 shad in the river.

At Vermont Yankee, as at several other plants, heat rejection includes cooling towers, as well as a river. Opponents use the plant's thermal discharge as a way to attempt to shut down the plant, or alternately, to harass the plant into unnecessary and expensive use of its cooling towers in all weather. Howard Shaffer considers water issues at Vermont Yankee, and how they are distorted by the plant opponents.

Nothing to see here... no, really

No Need to Fret About UT-Austin's TRIGA Reactor, No Matter What Drudge Might Point To

Eric McErlain at NEI Nuclear Notes wrote on Friday that, in spite of a screaming headline at the Drudge Report about a nuclear reactor evacuation (actually, the UT research reactor is securely located over 10 miles north of campus)... there really was... "nothing to see here."

Is climate change a business opportunity for the nuclear industry?

She writes that the nuclear industry has an opportunity to expand its business by helping to reduce greenhouse gas emissions, support sustainable growth, and create high paying jobs -- or as innovative billionaire Sir Richard Branson says, "Doing good is good for business."

Likewise, she argues that showing lukewarm concern for climate change is bad for the planet, and bad for the nuclear business.

A New Head for the World Nuclear Association

Gail Marcus' at Nuke Power Talk discusses the recent appointment of Agneta Rising as the new Director-General of the World Nuclear Association (WNA). She is to replace John Ritch in this position as of January 1, 2013. Gail notes the critical role that John Ritch played in making the WNA the important and influential force it is today in the global nuclear community, and summarizes the outstanding background that Agneta Rising brings to the position. Although Gail considers John's performance a tough act to follow, she concludes that Agneta has the capability to continue and further develop the important work of the WNA.

The Need for Multifaceted Energy

Also at Nuke Power Talk, Gail Marcus covers a recent opinion piece by Marvin Fertel, president and CEO of the Nuclear Energy Institute. Now, you might think that someone from NEI would be focusing only on nuclear power, but Fertel points out the need for a multi-faceted energy strategy that includes conservation, efficiency, and a spectrum of energy technologies ranging from fossil to nuclear and renewable energy sources. Gail endorses this position and applauds the head of NEI for taking it.

Fukushima Daiichi's "makeshift" waste water decontamination system gets critical news coverage every time it has problem. However, there have been no Japanese news stories about the system's overall unquestionable success. The waste waters remaining in the plant basements are 20 times less radioactive than a year ago. For a "makeshift" technology... it's doing a great job.

For the past several weeks, America's preeminent prophet of nuclear energy doom has been touring Japan. Arnie Gundersen says that Fukushima Daiichi is an accident still-in-progress, with the greatest potential for disaster being the spent fuel pool (SFP) of unit #4. Gundersen's prolific panderings have precious little real-world evidence to support them, but the Japanese Press and many politicians treat him as an expert voice to be reckoned with. Preaching that Nuclear Judgment Day is an ongoing possibility has become a lucrative endeavor.

Will Davis at Atomic Power Review presents an entirely fresh discussion on the essentials of South Korea's nuclear energy program. Using materials from the Korean nuclear industry and from Korean press, he fills in the details on the important entities, dates and events in the development of PWR technology in South Korea. If you've wondered how this nation so quickly progressed to the point where it can beat all bidders in the UAE's Barakah nuclear plant program, this article is for you.

Robert Hayes at Science and Technology writes that the Permian Basin (comprising southeast New Mexico and West Texas) is having something of a revival in nuclear technology -- from the uranium enrichment plant in Eunice NM, to the soon to come International Isotopes facility, and possibly a monitored retrievable storage site to be built west of Hobbs, New Mexico.

Nuclear waste disposal is one industry already found in the area, including the disposal portions of Waste Control Specialists and the Waste Isolation Pilot Plant.

Brian Wang at Next Big Future writes that Sandia National Laboratories is seeking an industry partner to market a turbine system that could substantially improve energy efficiency in small modular nuclear reactors.

A supercritical CO2 Brayton-cycle system can reach 50 percent conversion efficiency. Typically, one only gets 30 percent conversion with an [air-based] steam engine. The system is much less expensive to build because it's very compact, says Sandia's Gary Rochau. Given its size, it can't be used in large power plants like coal-fired generators. But it's well-suited for tiny plants, such as small modular nuclear reactors. A molten salt test pump was recently installed.

If you have a pro-nuclear energy blog and would like to host an edition of the carnival, please contact Brain Wang at Next Big Future to get on the rotation.