The Carnival is the collective voice of blogs with legendary names which emerge each week to tell the story of nuclear energy.

It goes without saying there is a lot of happy nonsense on the Internet. A famous cartoon published by the New Yorker shows two canine friends sitting at a computer with the caption, "No one knows you are a dog on the Internet." That's the light side.

The dark side is that the Internet is home to all sorts of wrong headed and biased information. Some of it gets picked up by the mainstream news media as part of "he said, she said" reporting. 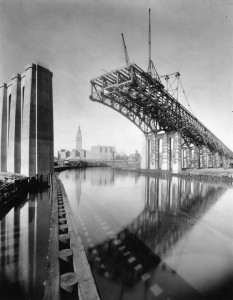 One of the realities of science and engineering in society is that when you are building bridges, energy plants, and airplanes it require the use of hard facts.

It follows that people who work in these fields are particularly attuned to factual errors, especially when the result of not correcting them can lead to distortion of public opinion.

What principles of aerodynamics and nuclear fission have in common is that the hard facts about the physics of the way the world works, in terms of material properties and fluid dynamics, cannot be changed by opinion.  Otherwise, airplanes would never take off to carry people to their destinations and our cities would turn cold and dark.

Led by Will Davis at Atomic Power Review, a group of nuclear bloggers and analysts has crafted a response to information posted by Robert Alvarez about spent fuel at Fukushima and the structural integrity of reactor #4.

Alvarez's first claim is that the reactor building #4 is at risk of collapse. Second, he claims the spent fuel pool could catch on fire. These assertions, both of which are demonstrated to be false, have been picked up by others in the anti-nuclear world and some of it has made its way into the mainstream news media.

Anti-nuclear activists, like Alvarez, have an agenda to create fear, uncertainty, and doubt, otherwise known at FUD, about the progress of decommissioning the six reactors at Fukushima-Daiichi.  Any time you can create more fear about Fukushima, you create more distrust of nuclear energy generally. 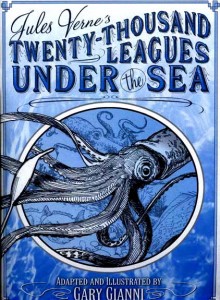 Jules Verne imagined a giant octopus in his epic adventure; 20,000 Leagues Under the Sea

One of his (Alvarez's) favorite rhetorical strategies is to total up the mass of material at a nuclear site and then make the assumption that all of it will blow up through some mysterious and unspecified mechanism spewing its contents far and wide.

This is great stuff for a B- movie on the SciFi channel. Like an imaginative idea for a script of Mega-Shark meets Atomic Octopus, it can scare the socks right off your feet, but it doesn't match reality.

That's the issue and that's why there is an answer at ANS Nuclear Cafe.

At NEI Nuclear Notes, the blog of the industry trade association, its editors took note of the effort at ANS Nuclear Care in a post titled "Setting the Record Straight."  It records the unprecedented collaborative effort of the nuclear blogging community to collectively respond to an international nuclear energy issue and in a timely manner.

There is a scary myth floating around the internet. According to the tall tale, the spent fuel pool at Fukushima Daiichi unit four poses a dire threat to all mankind. Nothing could be farther from the truth. (The post attracted a spirited discussion at the blog)

Contrary to certain colorful accounts circulating the internet, the ongoing recovery process at Fukushima Daiichi by the Tokyo Electric Power Company (TEPCO) is specifically addressing many of the concerns over the safety and stability of the spent fuel pools, particularly that of Unit 4. Steve Skutnik gives a deeper account of TEPCO's triage and recovery efforts.

The pretzel politics of life in Washington took on new twists this month. The White House nominated sitting NRC Commissioner Kristine Svinicki for another term over the objections of Senate Majority Leader Harry Reid (D-Nev.)  Svinicki occupies a "republican" seat at the NRC, but Reid's ire isn't about partisan distinctions.

Because of its physical properties as a liquid, CO2 has become a target fluid of opportunity to run turbines connected to a small modular nuclear reactor (SMR) and thus make electricity. Steven Wright, Ph.D., who recently retired from Sandia National Laboratory (SNL), has set up a consulting company called Critical Energy LLC to bring this technology to a commercial level.

A closed loop supercritical CO2 system has the density of a liquid, but many of the properties of a gas. A turbine running on it, "is basically a jet engine running on a hot liquid," says Wright. 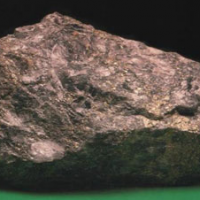 The World Nuclear Association reports 53,494 tons of uranium produced for 2011.  The WNA reference scenario projects world uranium demand as about 72,680 tU in 2015.

Also, Brian publishes a list of reactors that should start or restart in 2012.  All 14 are on track for commercial operation in 2012.

May 23 NRC Meeting. Show Up for Vermont Yankee

In a guest post by Howard Shaffer, Yes Vermont Yankee encourages people to attend the NRC review meeting for the plant on May 23.  Shaffer suggests strategies for the question period and for dealing with plant opponents. These  ideas will be helpful to any nuclear supporter who attends a public meeting or hearing.

Radiation and sterilization of food

Low doses of radiation can be used to partially sterilize food items without using preservatives or other chemicals.  When this is done, the food is neither left contaminated nor radioactive from the process.  The process does break down some of the chemical bonds in the food in the same way that slightly cooking the food would do.  The food is not left in a state that will never perish but rather, it will have a much longer shelf life.  Because of this, many people feel food irradiation is an option for a healthy alternative to using chemical preservatives.