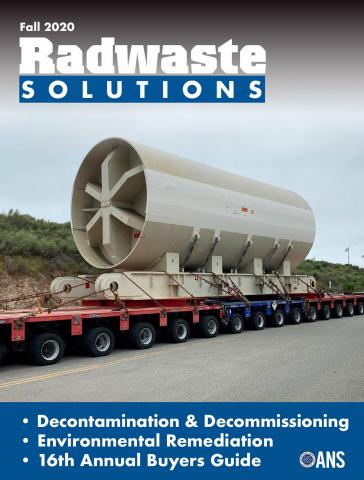 The Annual Products, Materials, and Services Directory (published within the Fall issue of Radwaste Solutions) lists nearly 400 worldwide companies that supply 168 products or services that are utilized by the specialized radioactive waste management and site cleanup and remediation segments of the nuclear industry.

The Directory of Suppliers section provides contact information (by company/country) and indicates the products and services each industry vendor supplies or provides. The Product Listings section lists the 168 categories of products and services utilized by DOE cleanup and remediation sites and civilian decommissioning projects, as well as radioactive waste management projects in both the utility and nonpower/nongovernmental segments of the industry in the United States and internationally. Companies that are active within this segment of the power industry are listed under each product listing that is representative of their business or area of expertise.